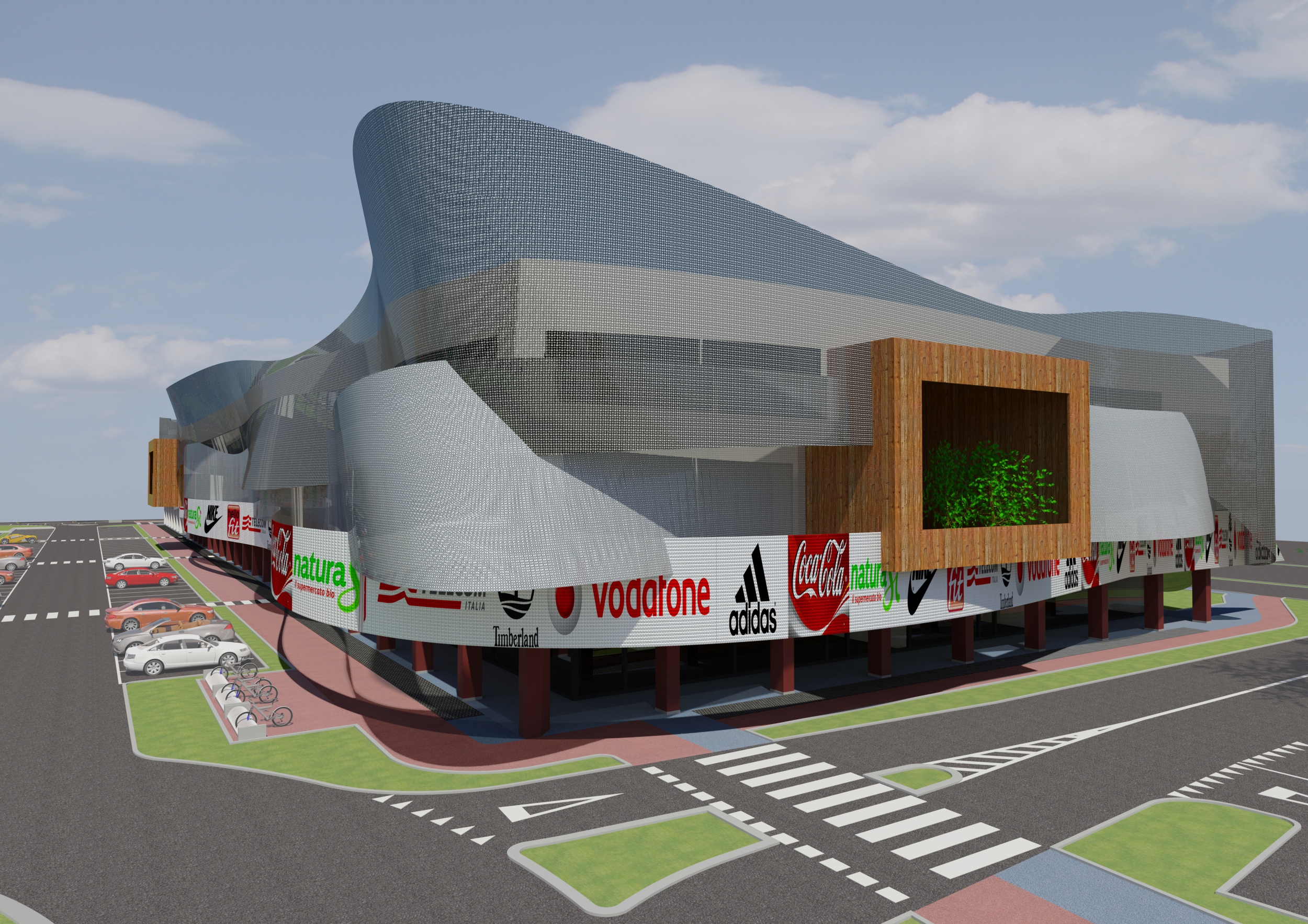 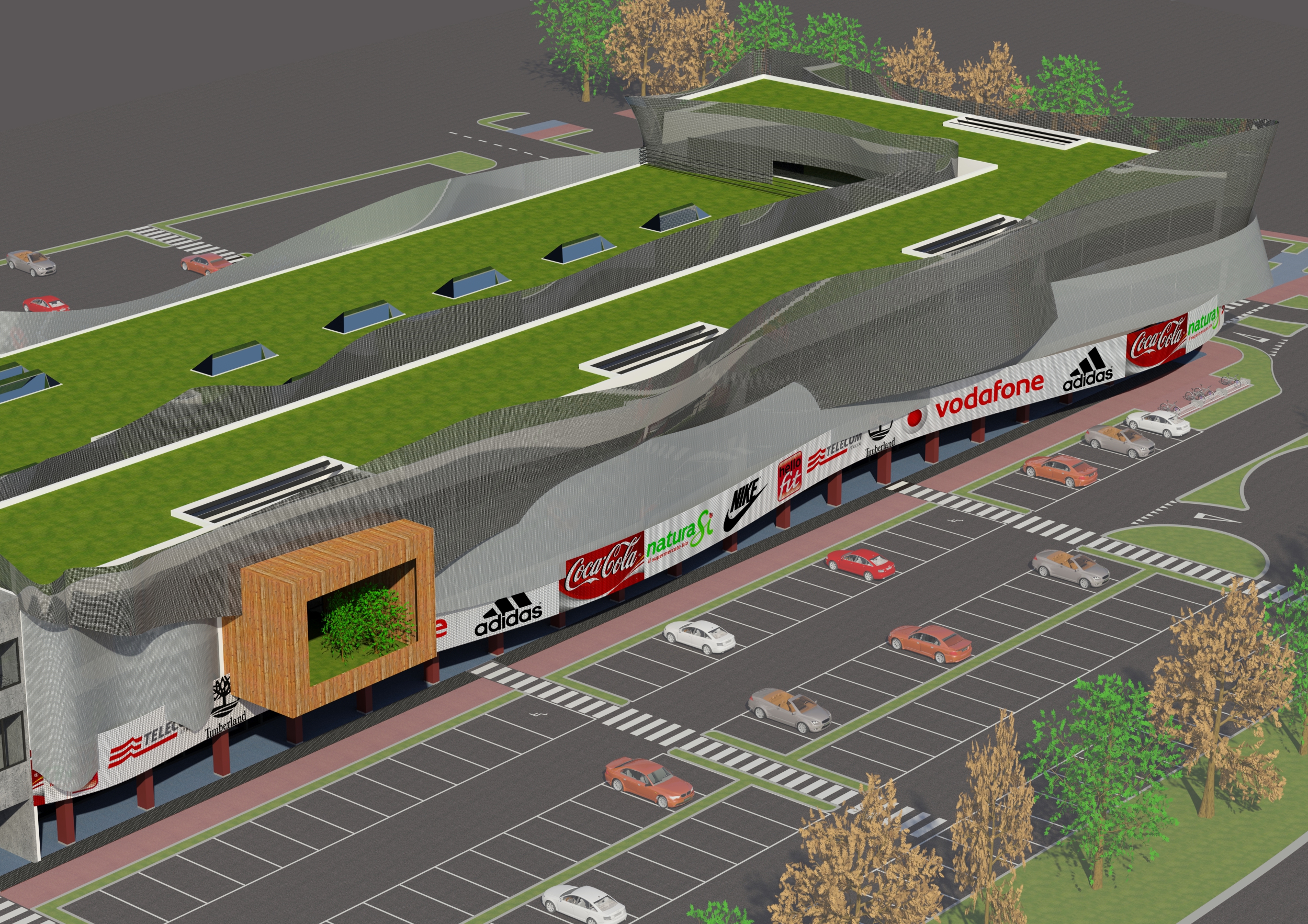 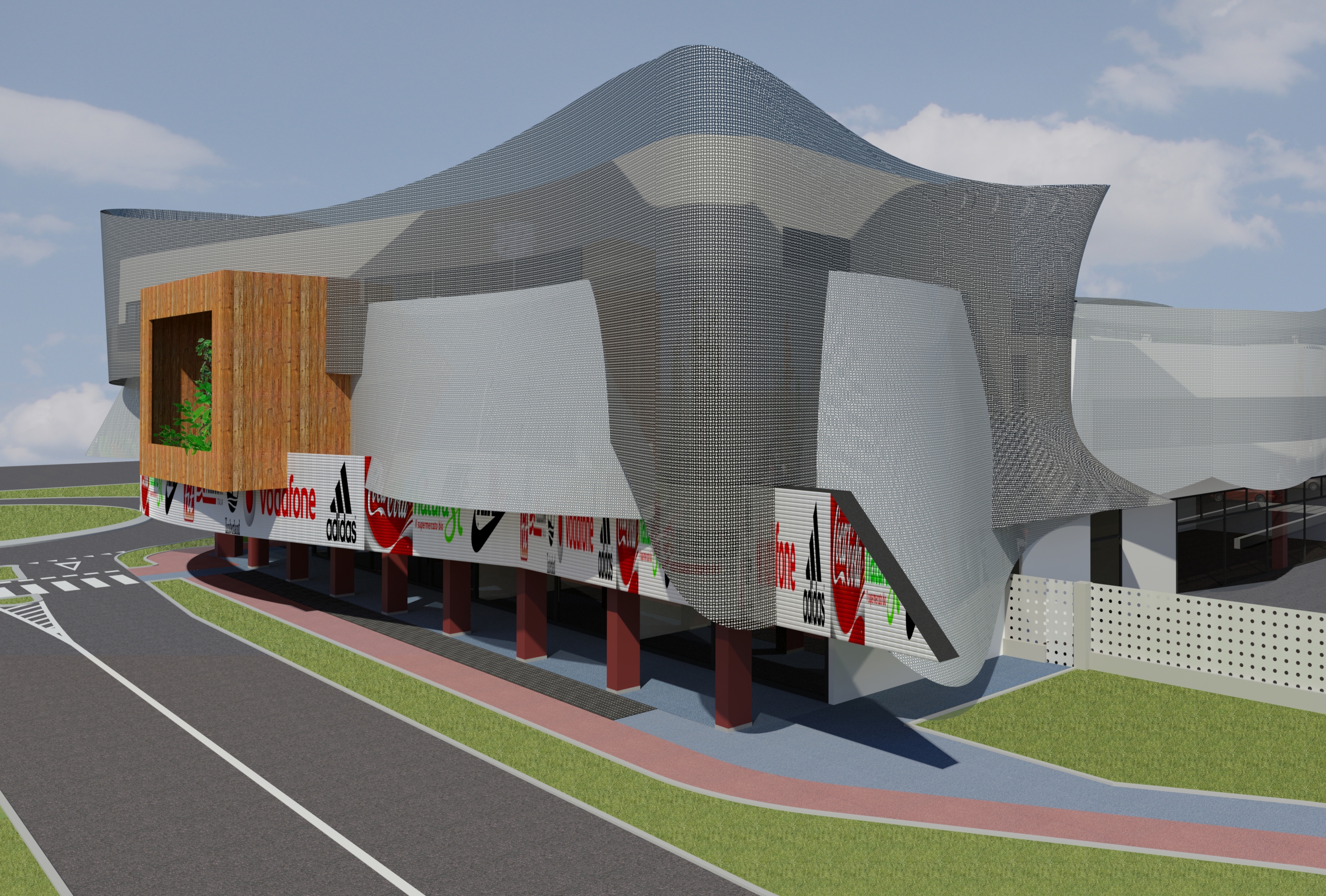 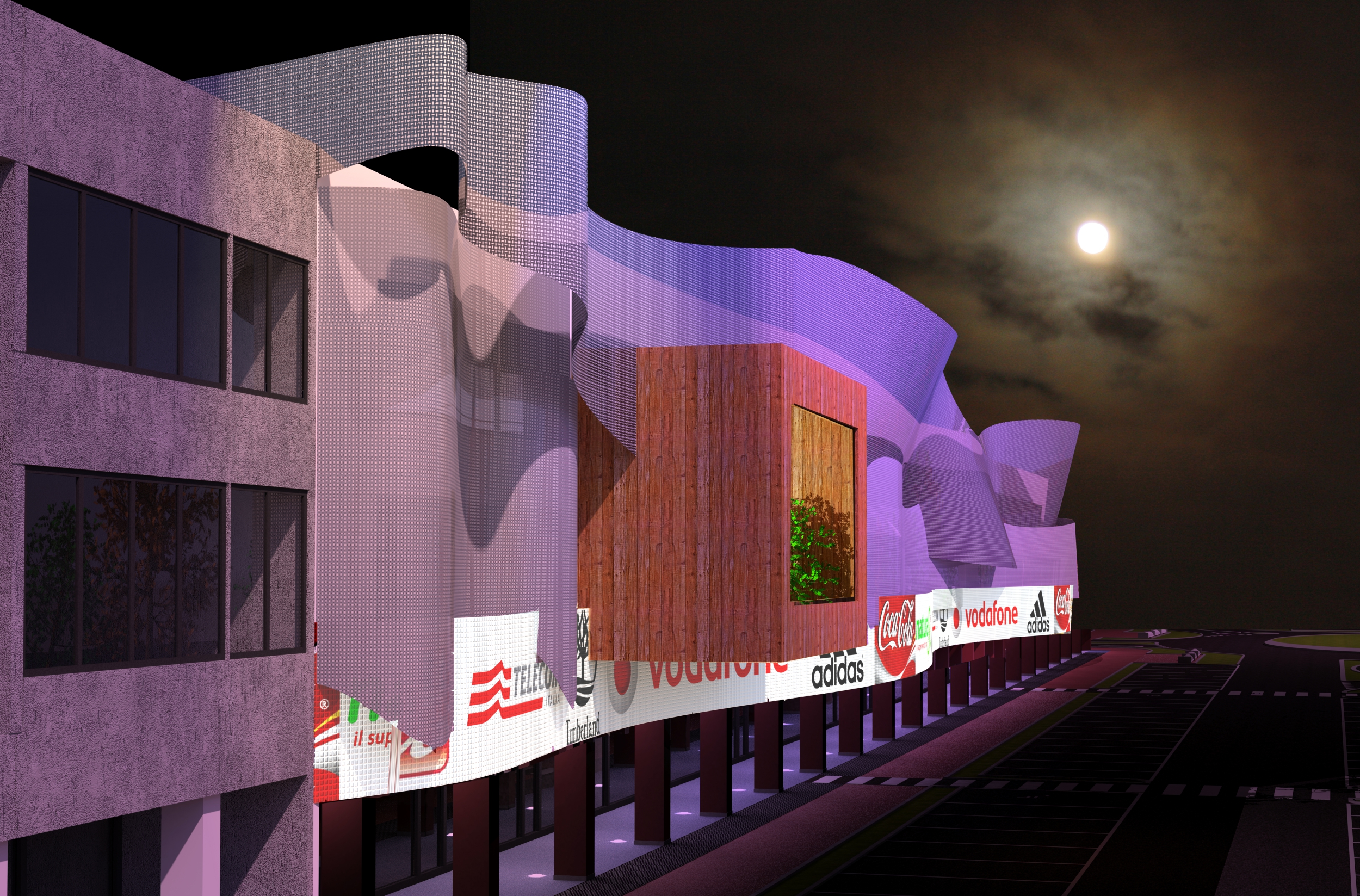 the external casing of the 5 palladio building in Vicenza

The object of the contest was to give a new life to the common prefabricated commercial building and our proposal has been characterised by these planning choices:
A light wall made of metallic tissues which intersects in order to protect and make this building unique. The metallic tissues have the virtue of not requiring maintenance and, more then that, they change their appearance thanks to the light during the different time of the day and they permit light shows during the evening. In this new cover which protects and shades from the sun, are integrated two areas corresponding to the staircase groups. It’s about two suspended gardens, two opportunities to meet each other for the residents of this building far from parking and streets. They are true balconies towards the surrounding countryside, a little bit like being in the middle of the clouds. But also two relaxing oasis which carry a piece of the countryside at the workplace. The business character of its colonnade and the majority of the activity which are integrated inspired the idea that one of these bands which covers the building, becomes a led band: a dynamic band on which all the names of the shops situated there and the activities carried out are scanned. No more ugly billboards all different from each other, visible from the street and with gaudy colours to draw attention, but an always variable area in which texts and messages are scanned so that this building is alive! A band visible during the day and the night able to open up a line of communication between the building and the outside.

Verdict by the jury “A sign in the view. …ability of giving vitality and dynamism to the structure of the construction …strong aesthetic value such as to characterise the intervention and the original technological connotation”