International Architecture competition for the '900 Museum extension in Milan

International Architecture competition for the ‘900 Museum extension in Milan

We would like the profound historical evolution to be the structure that accompanies the new museum, starting from an unfinished walkway, that finds itself between two buildings, in a very complex position because on one side it faces Dumo square, generated by centuries and on the other side a more recent square, that annouces the new expansion of the Real Estate at the end of the century.

This catwalk is meant as an unfinished piece, a stage that the artists, real protagonists of the museum spaces, will be hable to complete with their installations and performances, defining each time a passage and a different piece of a century. A bridge that faces a space of a peculiar moment of the ‘900 Museum, that needs to invite the public to witness its transformation, but also to visit it and to partecipate, so to become part of the museum environment and of the art it preserves. A piece of future.

We think that this walkway completes and extends the public paths of the “Primo Arengario” building and invites to access the expositions of the “Secondo Arengario” as well as to go down to the public spaces of the floors below.

2/3 Insertion of the work in the context

In our vision the inhabited public space should come back to life aroun and inside the museum. We would like the Auditorium space to sink to the first underground level and to open a rift in the small square under the “Secondo Arengario” building, where the new museum entrances will be opened to accompany the public from the ground floor to the undeground levels and uo to the bookshop, the bar and till the new walkway, inviting people to visit the exhibitions.

A public space that is not limited to the ground floor, but grows and takes over the building.

We believe the space under the “Secondo Arengario” should be of free circulation, so to provide shelter from the sun and the rain and to open the mind to art.

The new internal exhibition spaces will be characterised by the presence of some voids that will pass through it, generated by the analysis of Archipenko and Boccioni on the full and empty inversion. We generated a series of walkers starting from the Boccioni masterpiece, that overlap and penetrate in the “Secondo Arengario” building emptying it and creating spaces that can be pedistals, voids, walkways and enclosed domes.

Preserving means modifing and to do so you need to ask yourself why you are doing it and for who.

The interiors are characterised by a completely new structure, ever-changing and modifiable thanks to the realisation of a new structural system that integrates flexibility, lightness and MEP systems integration for climatization. The thin slab is sustained by an underlaying system of tyrants thread following two main directions, capable of hosting large holes according to the changing needs of the museum.

A space that changes and that can keep changing. 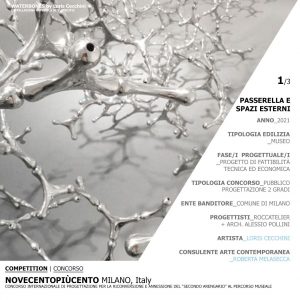 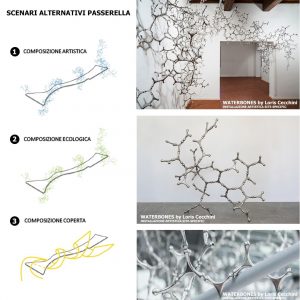 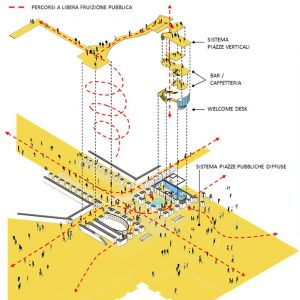 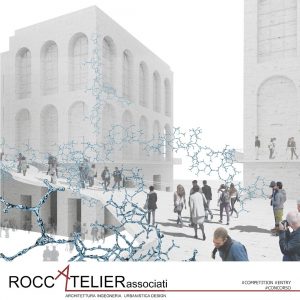 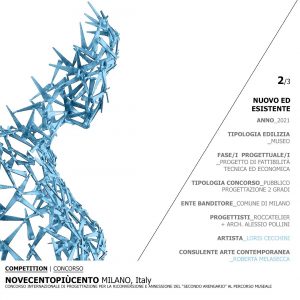 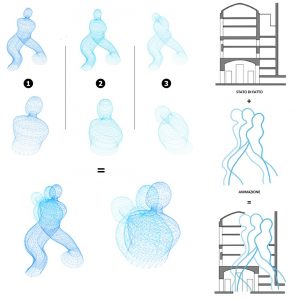 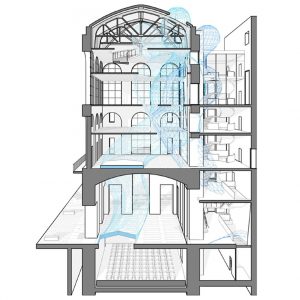 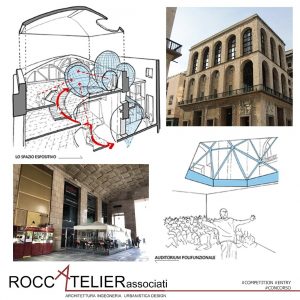 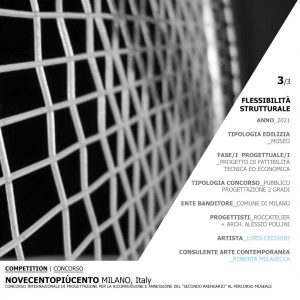 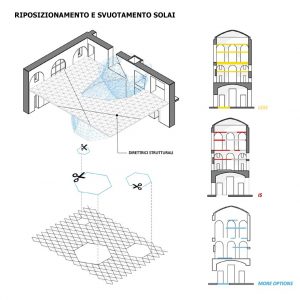 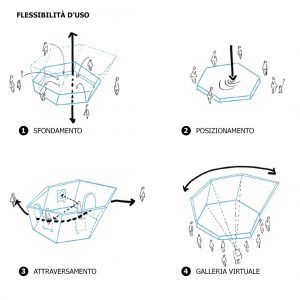 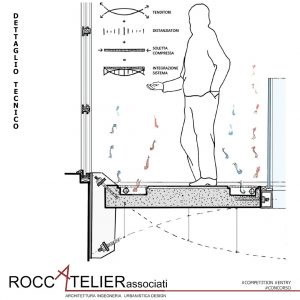