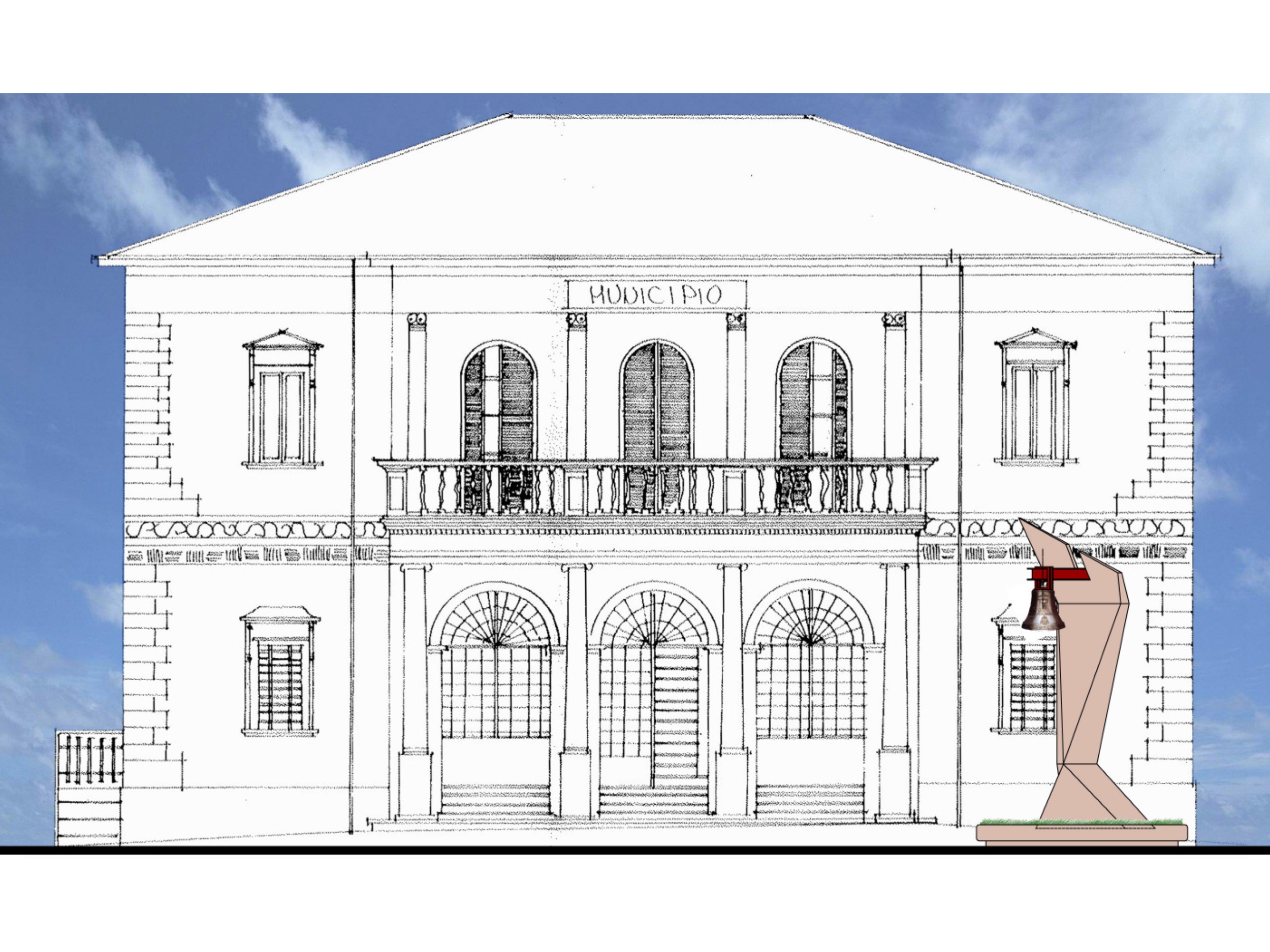 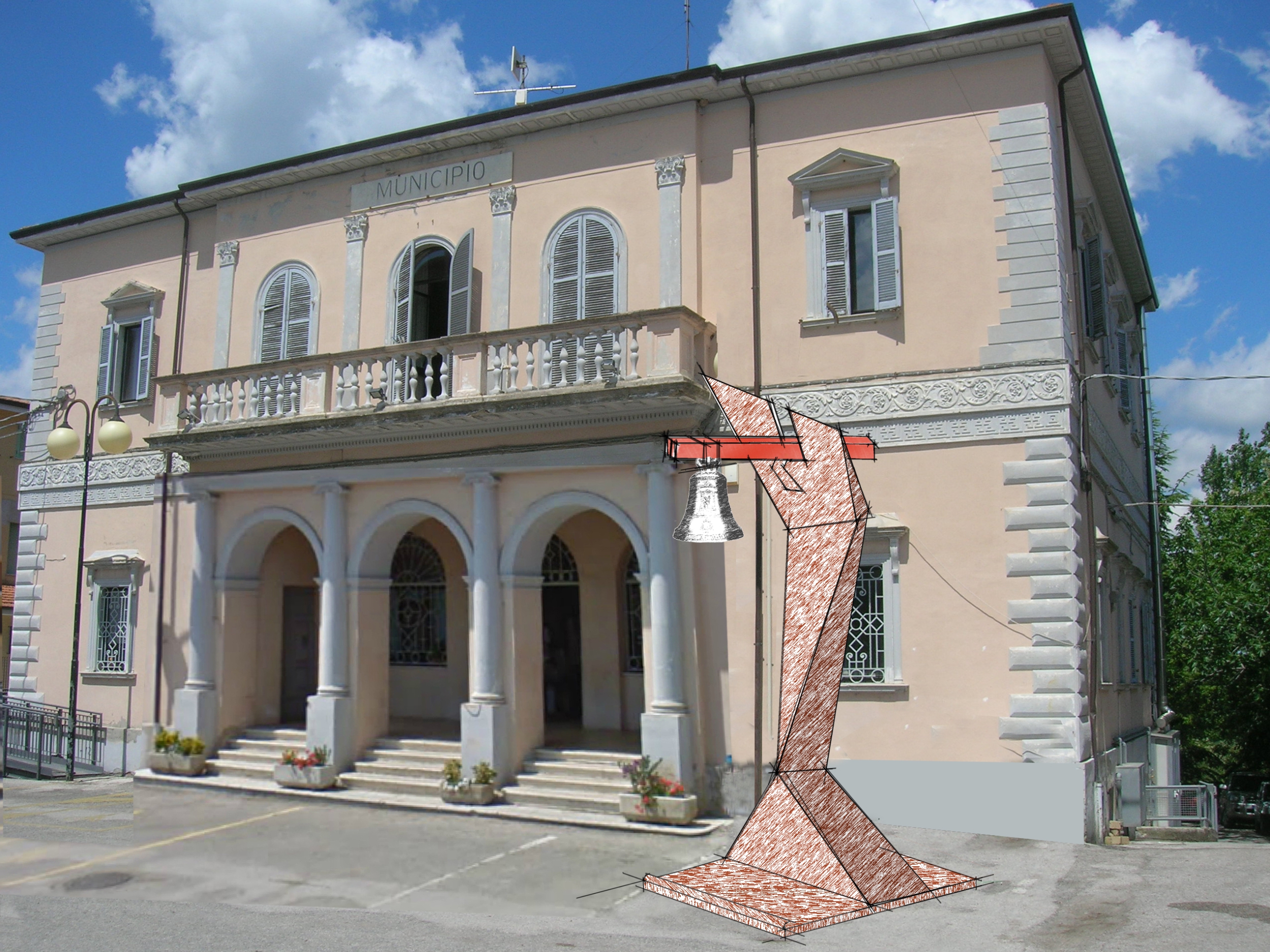 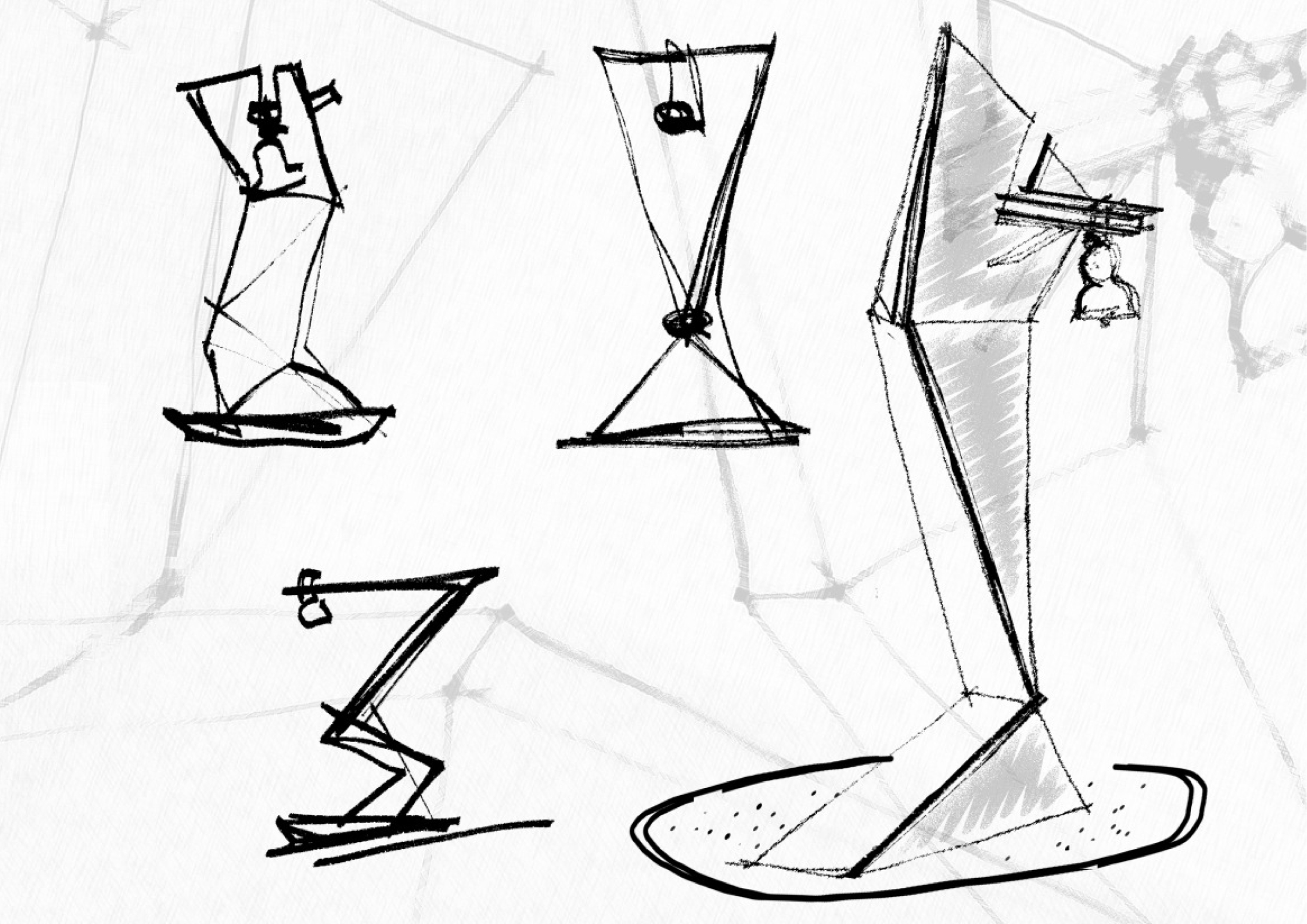 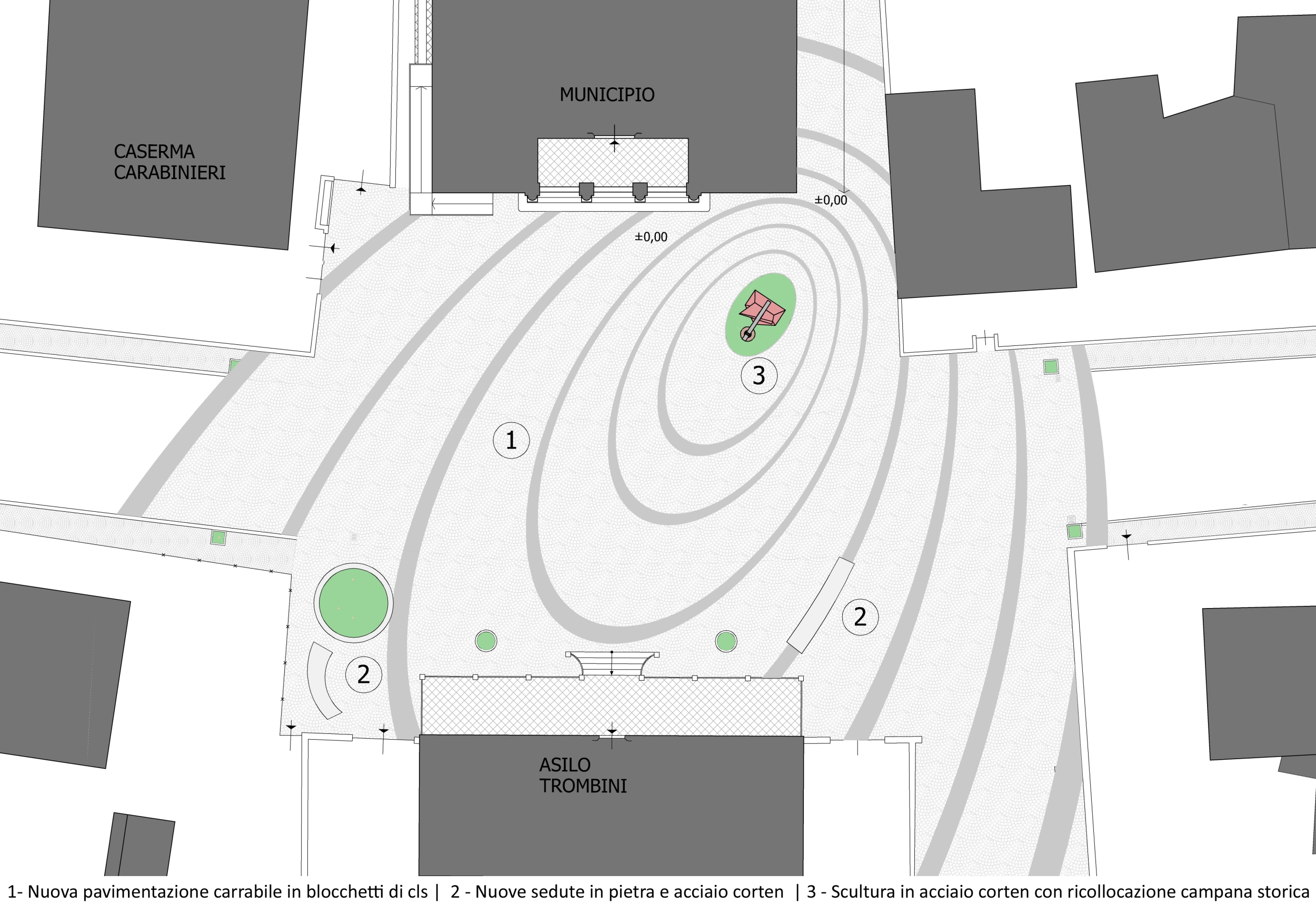 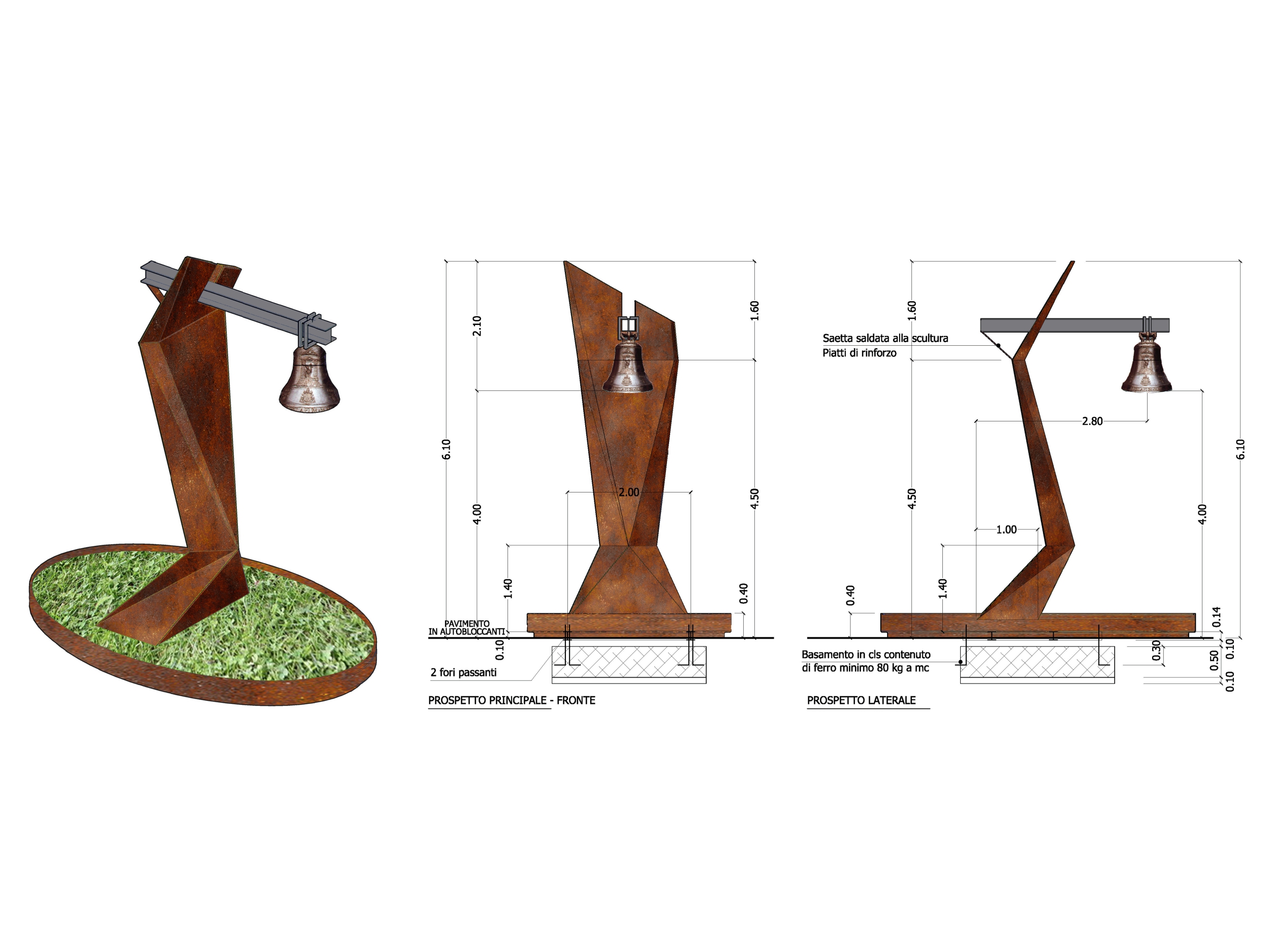 The reallocation of the 800 pound great bell which appears in the inventory of goods of Saint George and John Evangelist of Saint George of Pesaro parish drafted in 1835, is the occasion to think about the esteem of the space situated in front of the Municipal palace and the spouse evangelists shelter.
This bell is in joint ownership with the community and, as the local historian Marco Belogi writes “…it was rung also for secular reasons, as the midday, the sunrise and the Hail Mary, that is the end and the start of the works and also to beg natural disasters like hail and earthquakes, so social alert reasons beyond the start and the end of the local councils…”
Exactly this last single peculiarity suggested to exalt the presence of the historic bell in a ostensible way for all positioning it in the outside and creating a steel support for the sculpture tall more then six meters.
The drawing of this bell’s backbone wants to interpret in the angles of its outlines the irregularity and the roughness of its branches and of the trunk of an olive tree, a tree which passed through the history of humanity from the prehistory to our days becoming peace, faith, strength, honor and victory symble and still so present in Saint George agricultural landscape.
From this structure-sculpture and its green flowerbed which is a base, was born the drawing of the flooring of the whole square. The ellipse which defines the base, increases in ellipses more and more distant that, metaphorically, grab not only the Municipal palace and the shelter, but also the carabinieri barracks and the houses of the whole town.