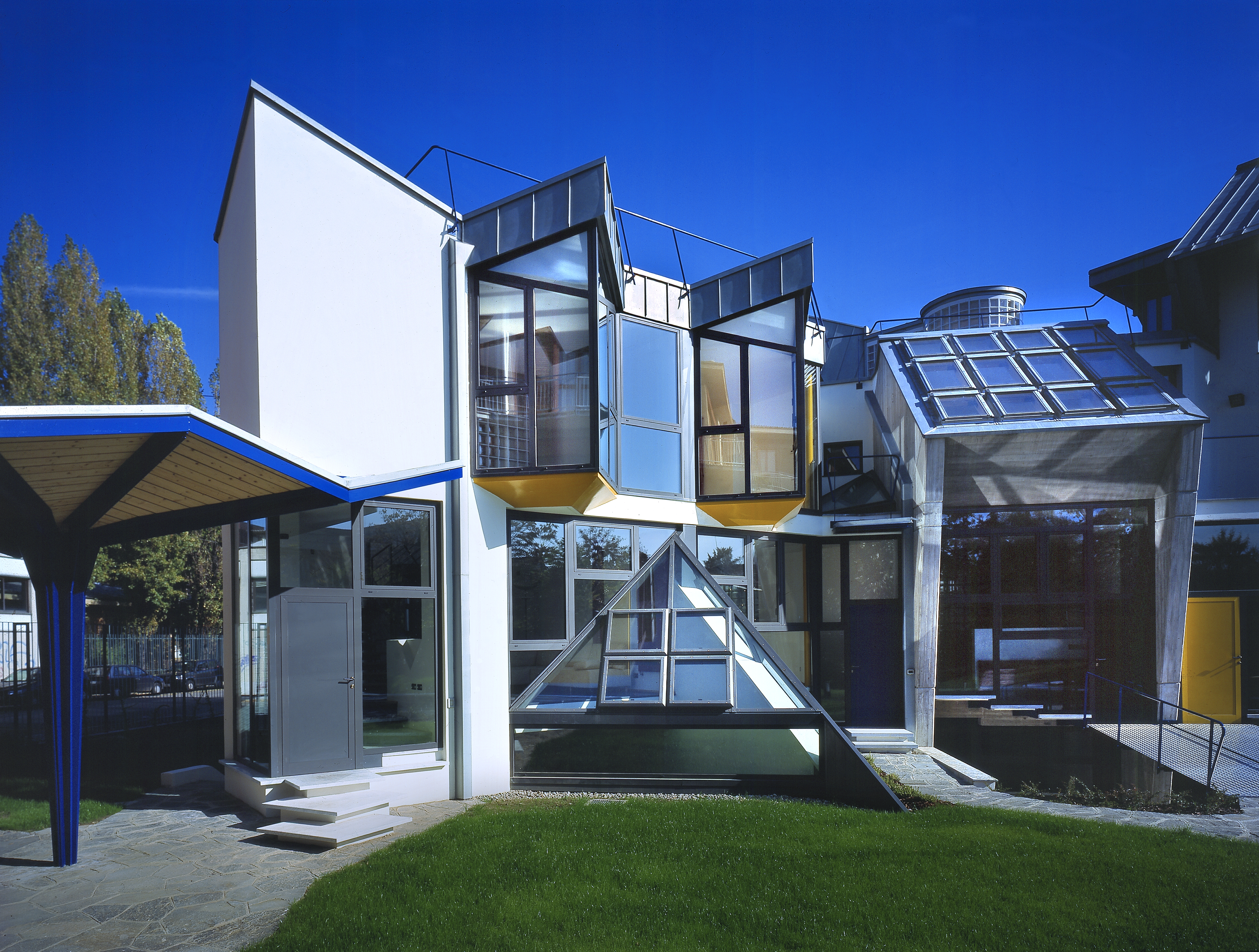 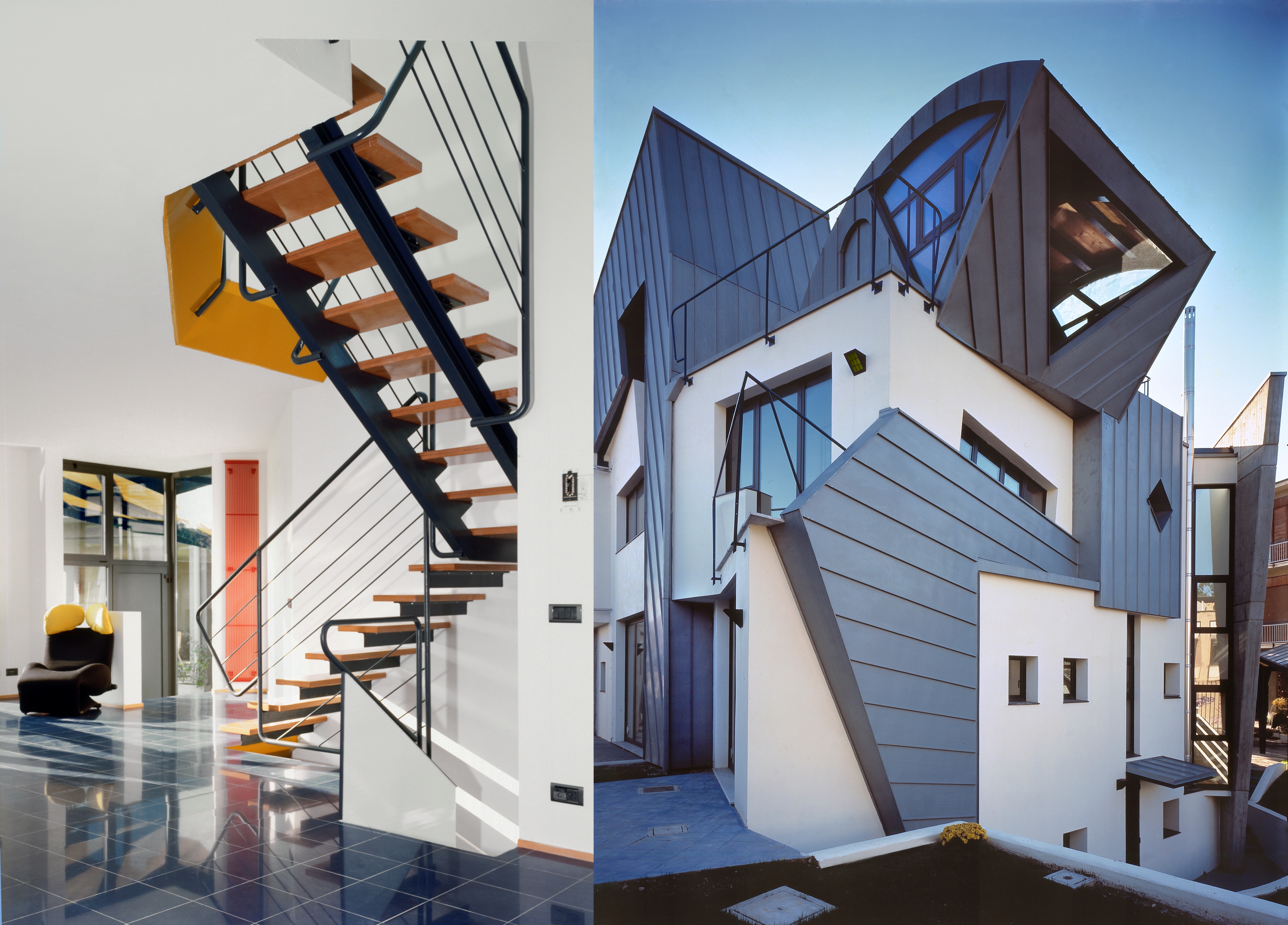 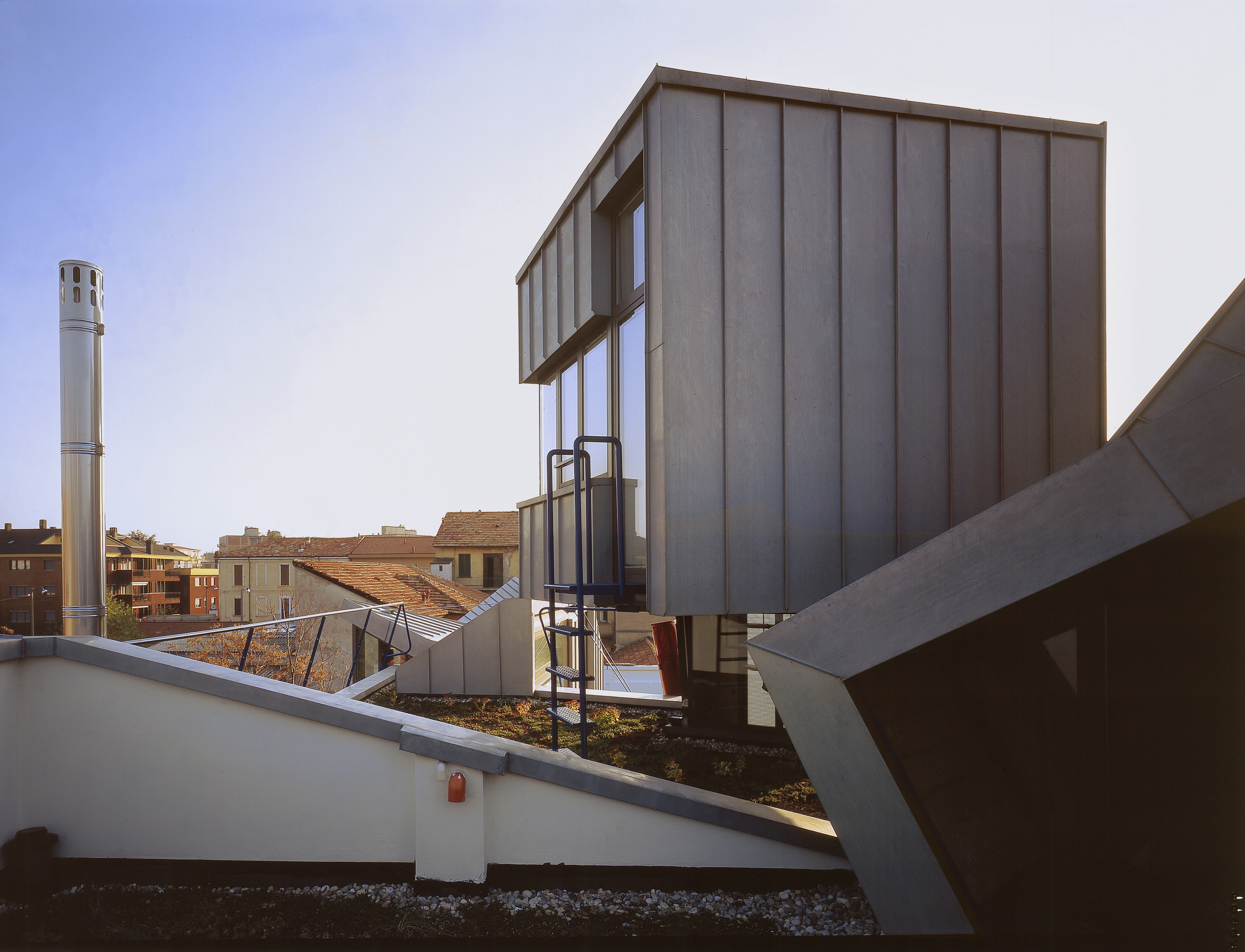 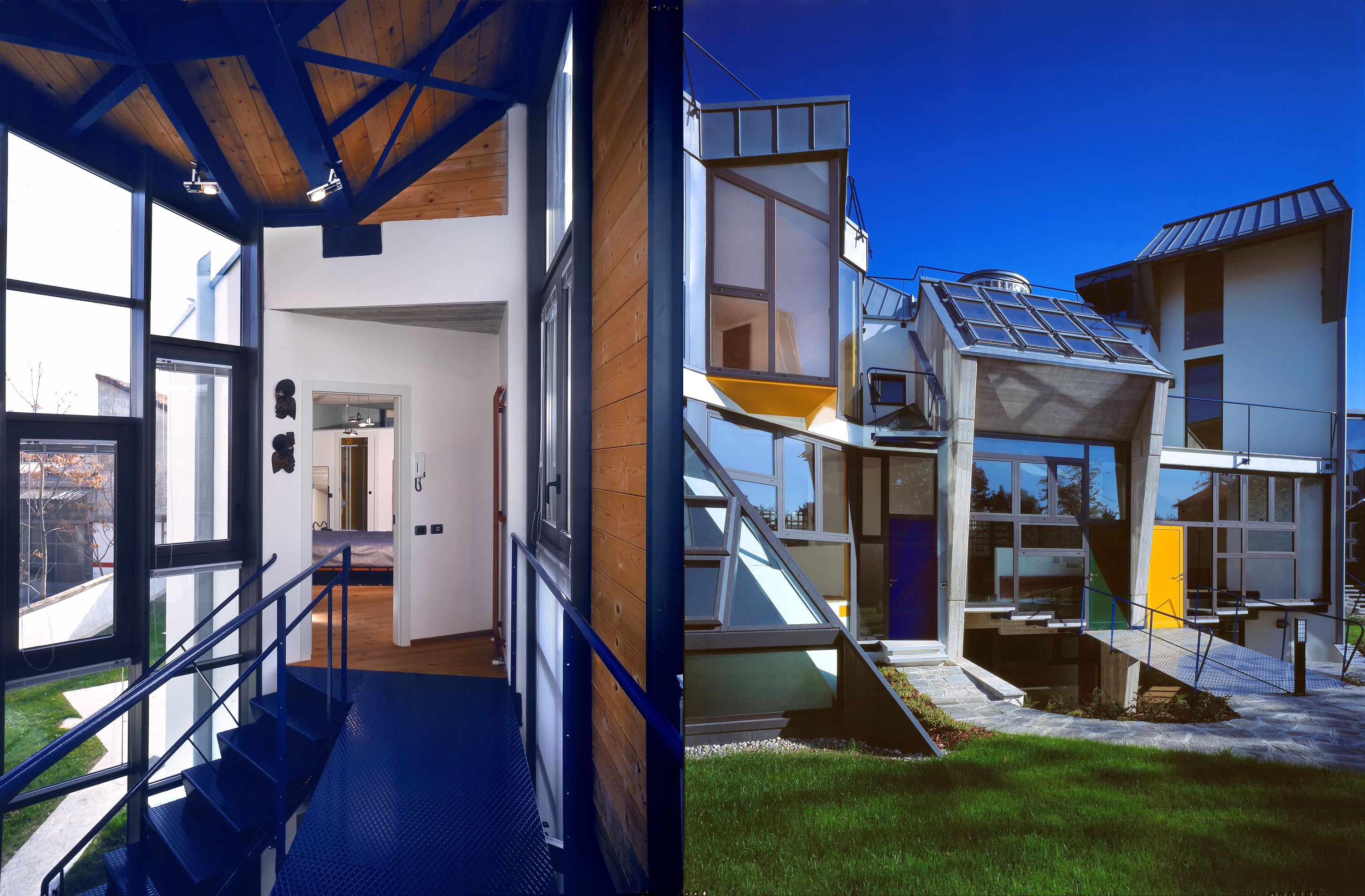 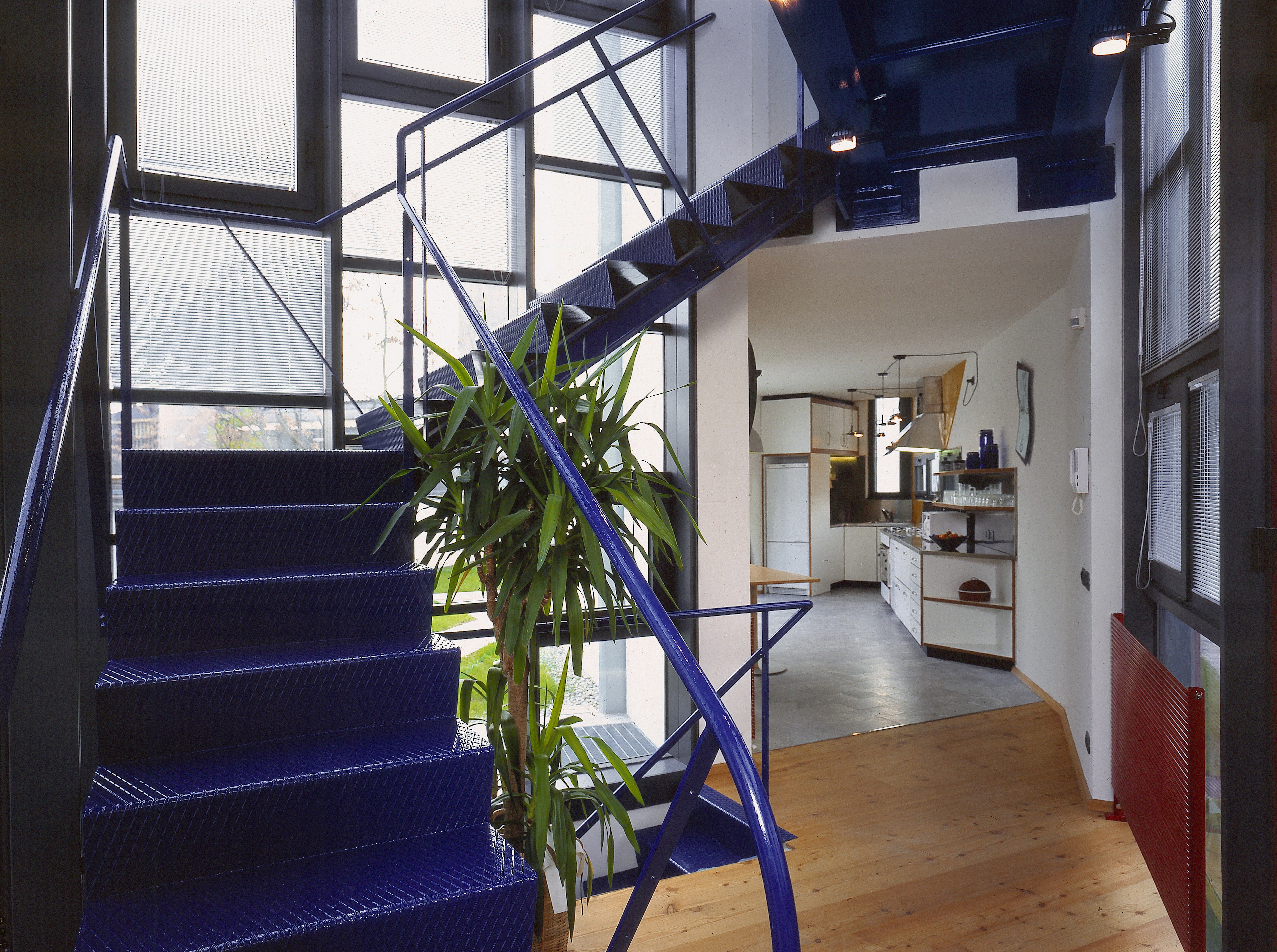 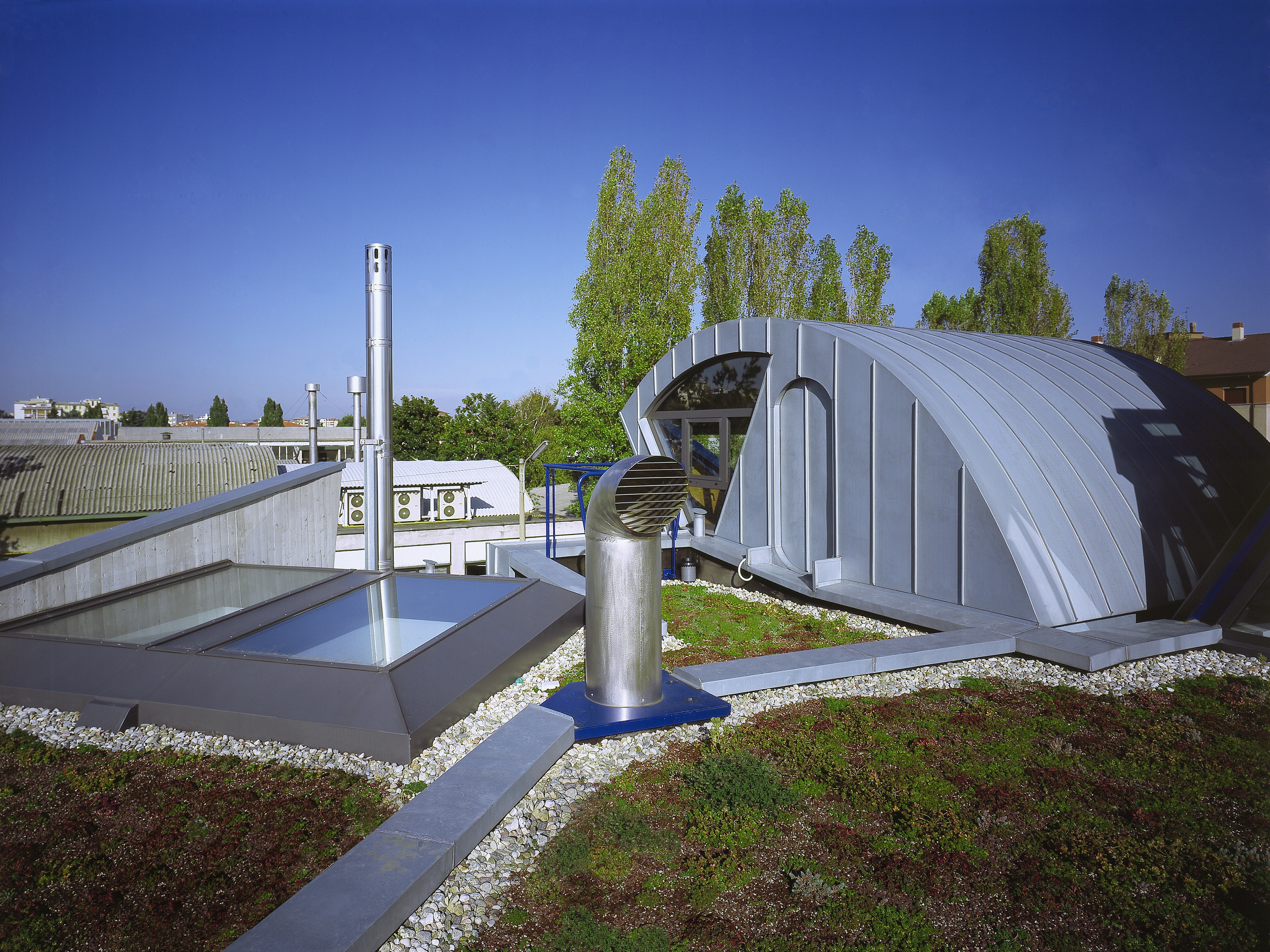 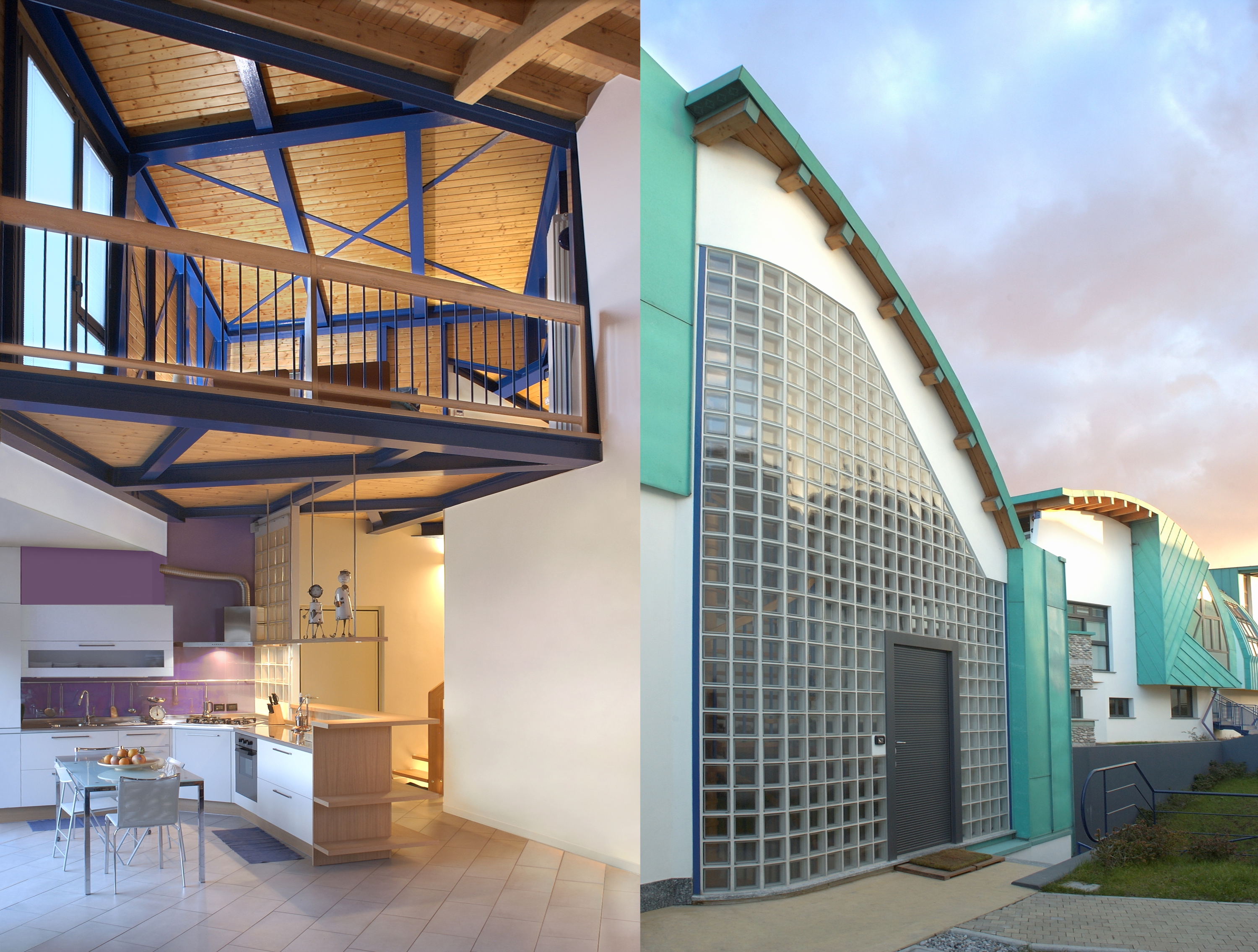 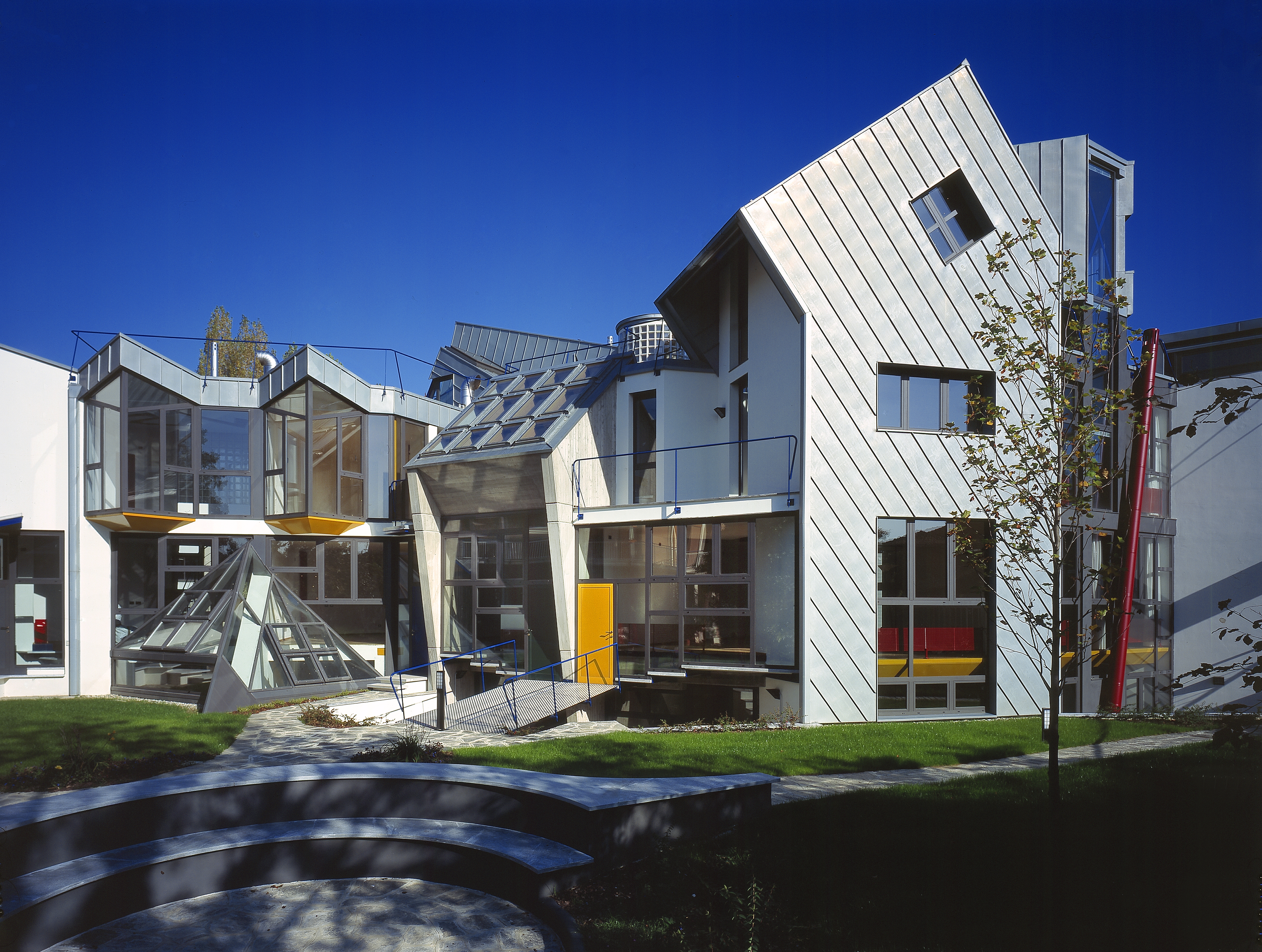 The project  consists of five row-houses, despite the fact that their particular definition goes beyond the formal limits imposed by the typology. The project plan varies between 45° and 90°angles and maintains these over other, more subtle, inclinations. The form is the result of a slalom run between the lot’s geometry and the urban planning regulations. Thus the building fluctuates between the mean of five and seven meters with inclined walls,overhangs, and by making only what is truly necessary and complicating it when necessary. The stairs located at these entries are all in metal. Some are spiral, others not, and each is different. They vertically connect the floor levels and the houses’ functions by running up light-wells. They end in lofts whose structure is composed of a large, three-meter-high reticular steel truss that runs the full length of the building at an inclination and serves for special transport. The stairs tend to move away from the walls. When, however, they do run along them, the walls are made of glass to assure a spatial flow that, from certain points of view, becomes vertiginous. The lofts define spaces that do not rigidly serve a specific function. They are a supplement, an added value – now play space, later a bedroom, a study, or a belvedere – to satisfy each family’s needs. The blue steel of the truss crosses the various dwelling units by slipping through the white plaster of one property and re-emerging out of the white into the next. Looking at it all from the inside, the project is one of penetration and juxtaposition, in which each subsystem seems to follow it sown path or interrupt itself so as not to interfere in the continuity of another.