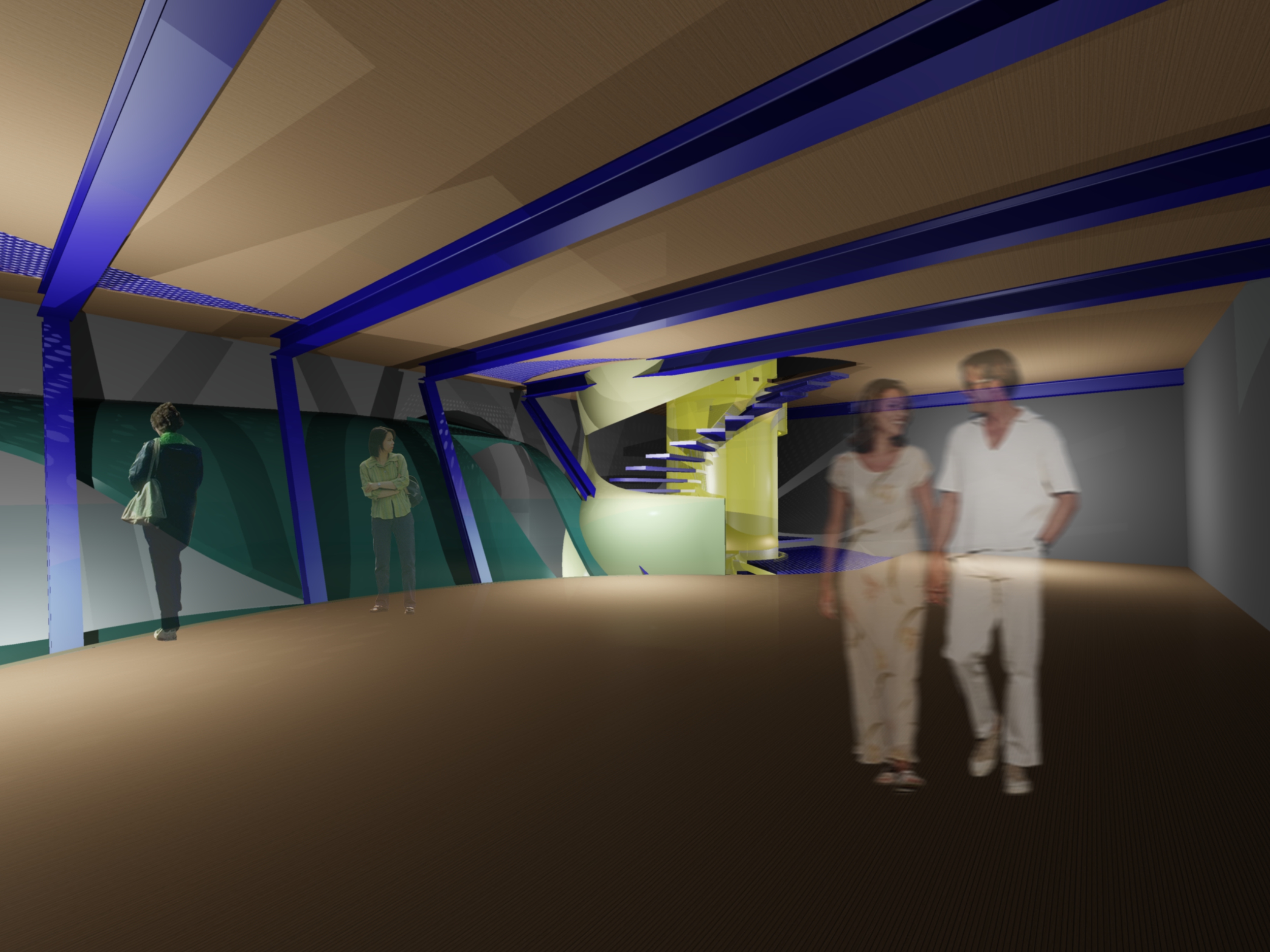 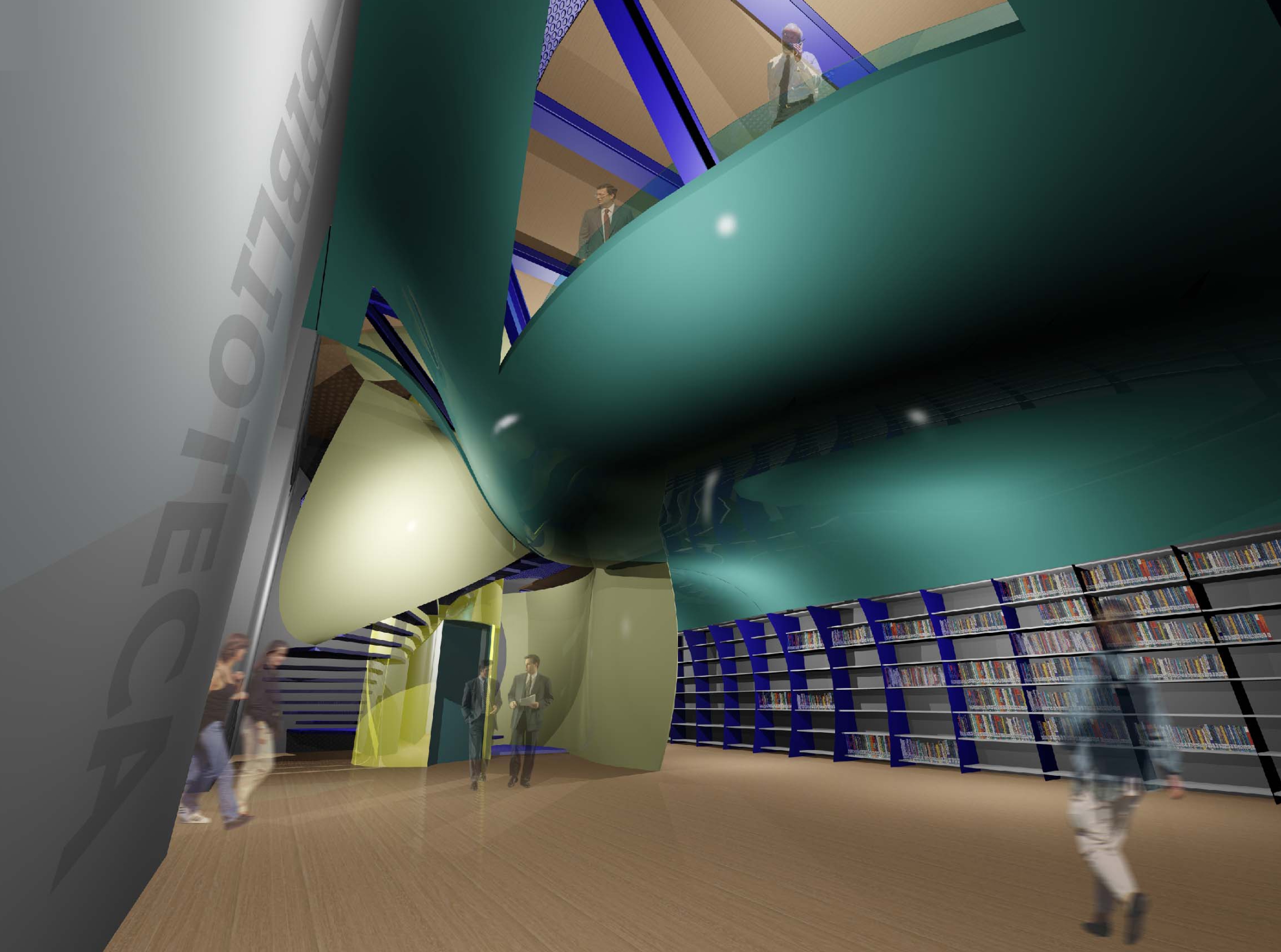 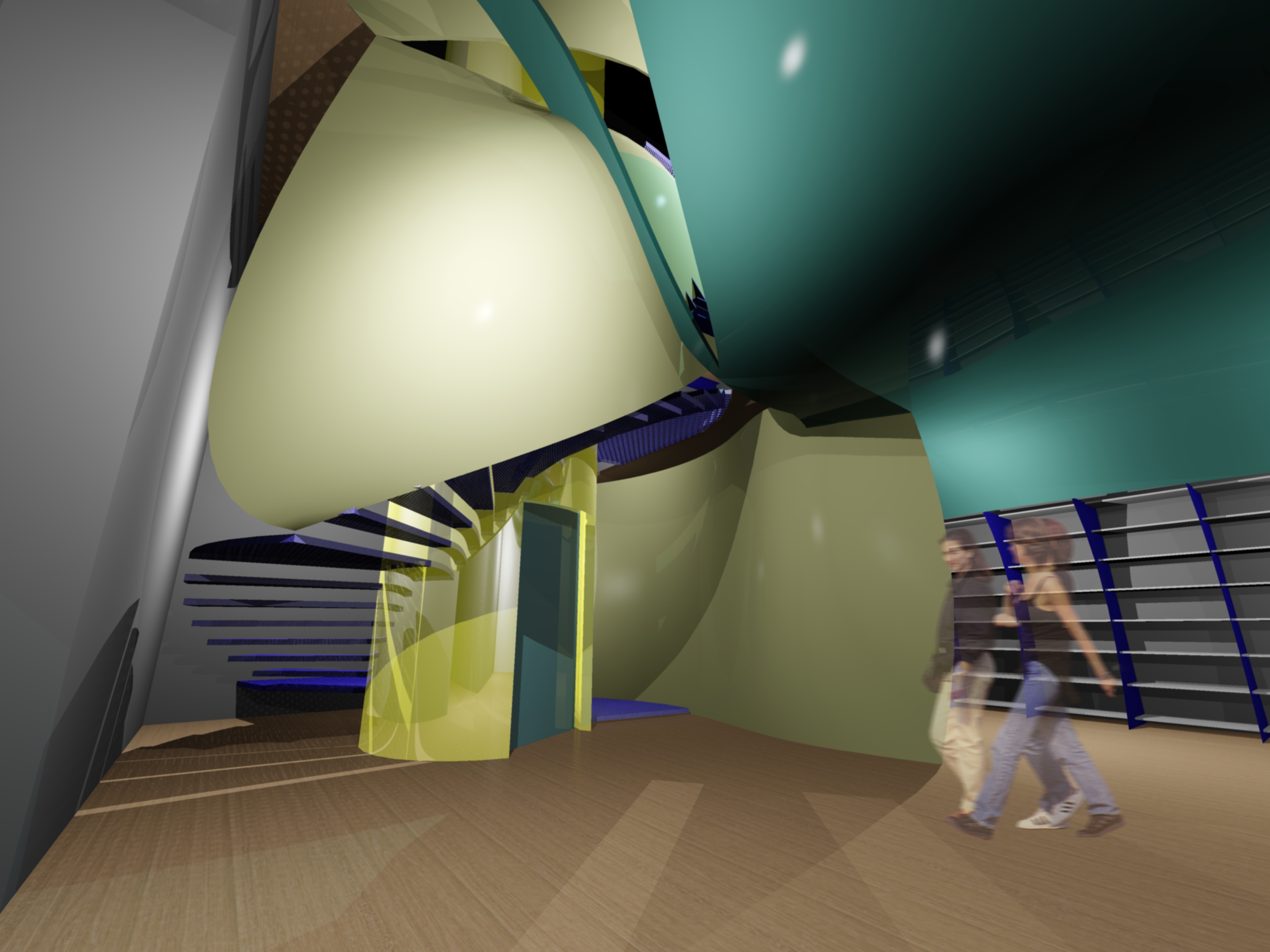 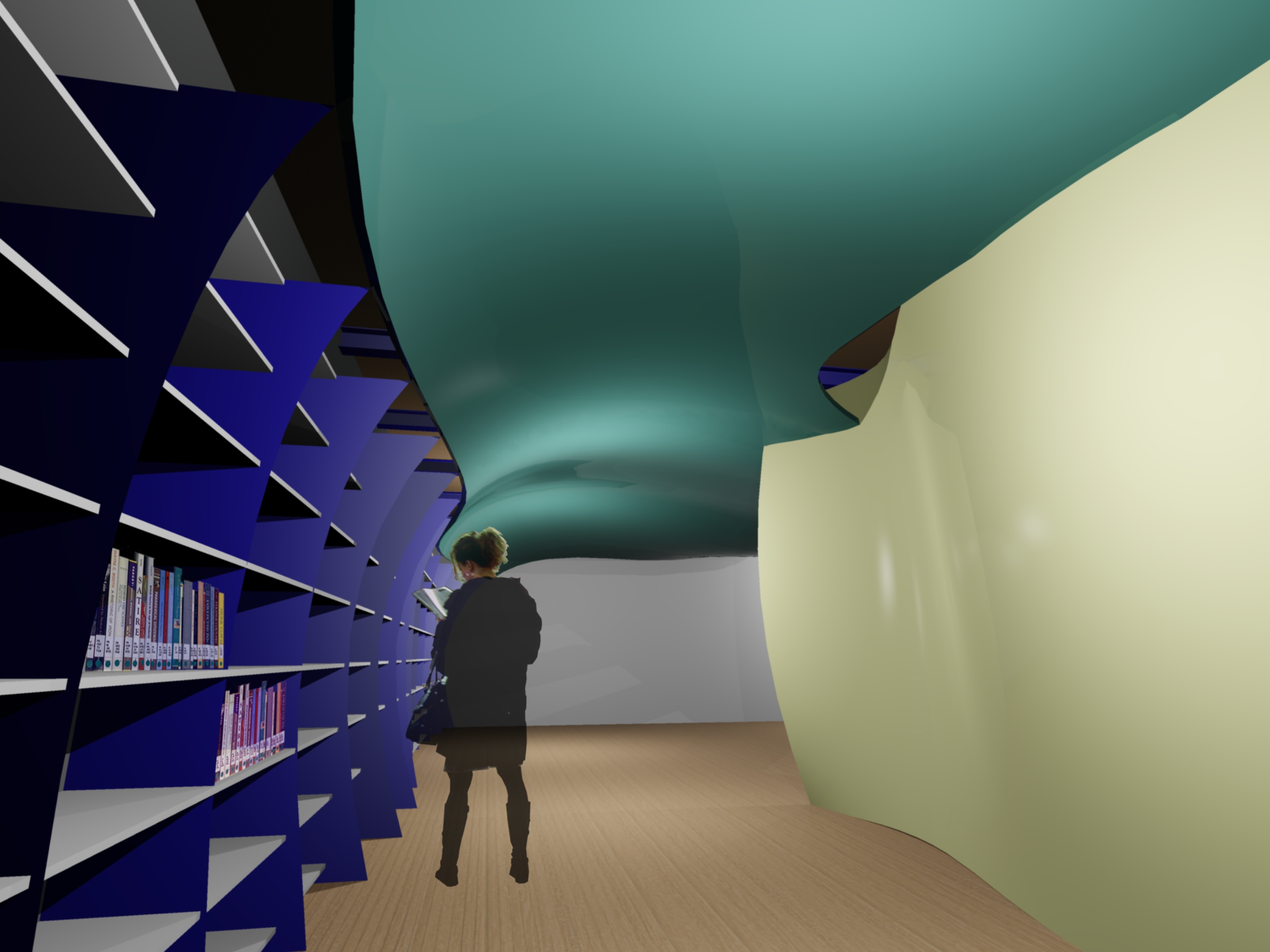 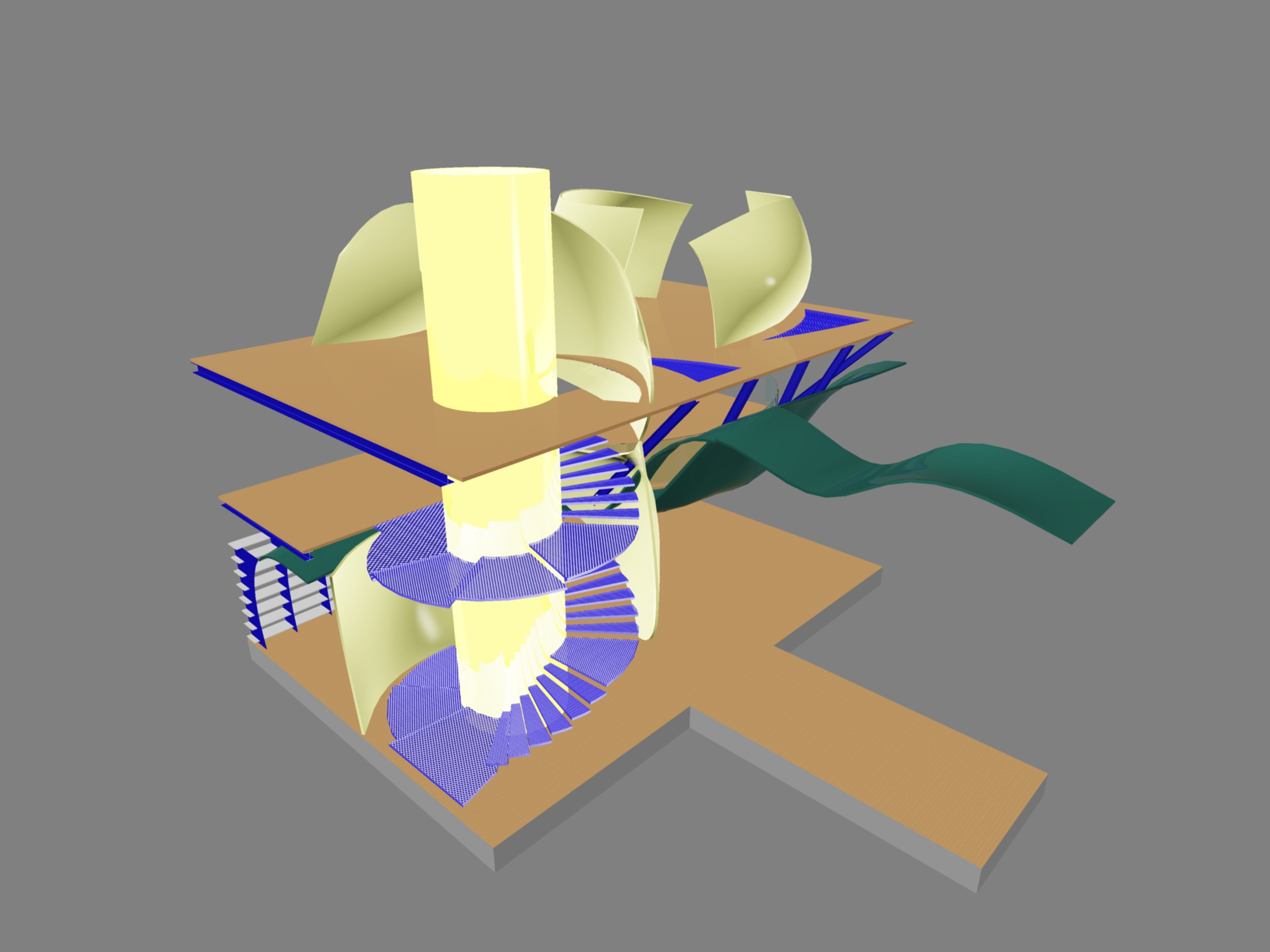 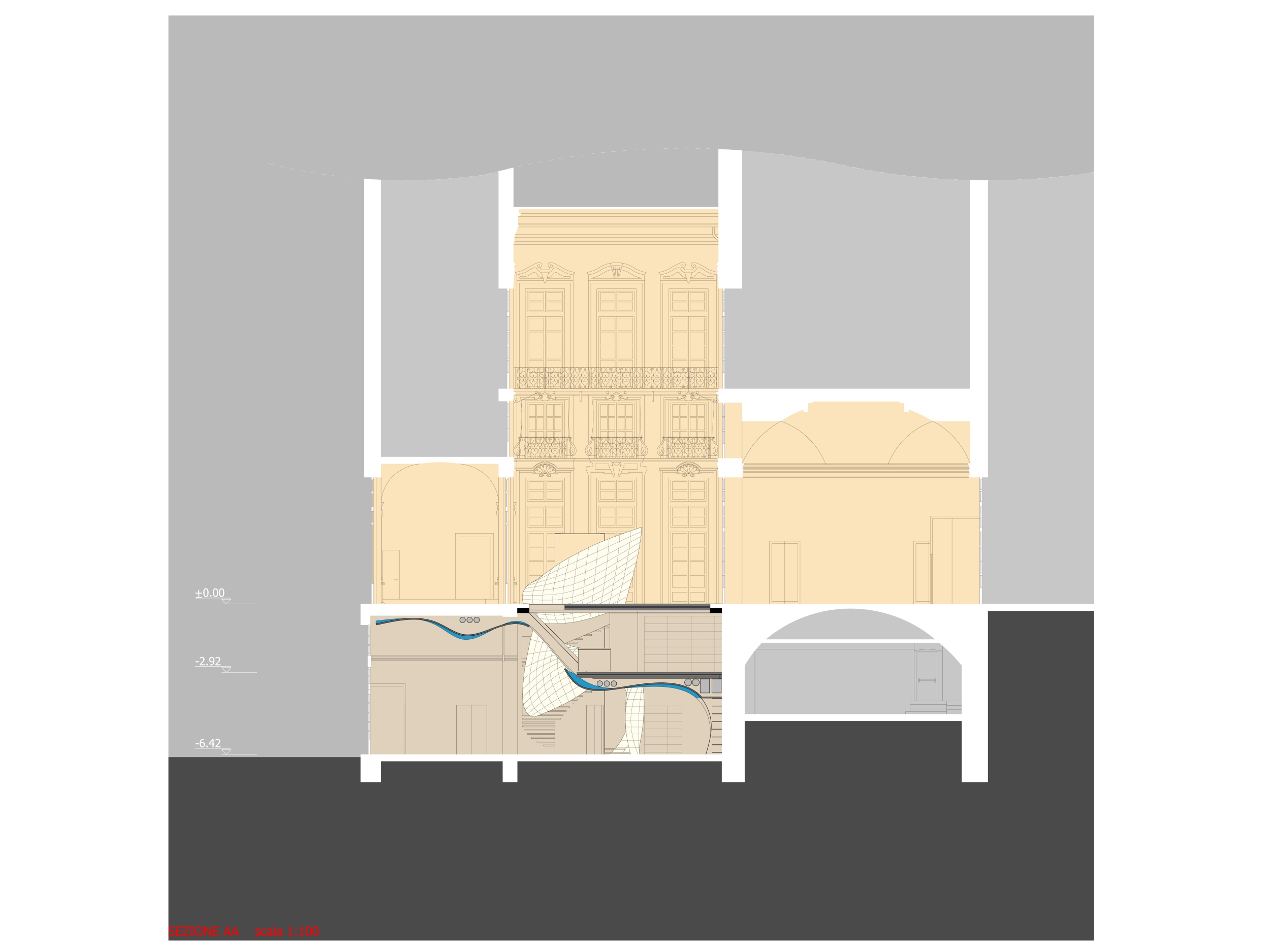 Using new purposes requested by the idea’s competition announcement to grantee the bigger use value to all Tobia Pallavicino palace is this project’s ambition. Its idea is based on the extra seventy square meter that can be used for the new purposes expected by the announcement realizing an iron and wood loft on the Piano Fondi, which gives the possibility to get rid of the unaesthetic cooling system’s walkway.
An intervention which is permitted by the height of the place (more then six meters) and that in no way detracts form the inner architectural beauty, on the contrary, it will add modernity and (why not?) property value to all the building. The history of an historic building is always the tale of how it changed during the flow of time, so, in which way it become modern.
Also Tobia Pallavicini palace prove it with the twisting wonted in 17th century by Carrega family and in 18th century by the Baron Cataldi. This project also expect the demolition, and the complete substitution, of the existing attic made of cement on the ground floor in the space that need an attic which with his structural rigidity, adapts bad in a sixteenth-century building, as the modern restoration theories show.
In this way the new attic becomes the “trick” which permits to optimise the spaces allocation for the preservation, the exposition, the books and documentary evidences consultation but also to better organise the personal work areas, for the public and for the high-tech equipment that is necessary for the management of the various activities also during the non-work time.
The glass elevator, adapted to disable standards, and the new staircase, are the distribution centre for all the new activities and they permit a direct use of the three different size conference rooms on the ground floor even arriving form the lowered Ferro Square. Also the new attic on the ground floor is expected made of iron and wood with some special shaped steel grilled inserts which give natural light to the room where the attic is.
The sea waves inspired the shape of the attic and the false ceiling that is expected to be realized with a special elastic cloth.
This false ceiling, which goes up to the floor, dynamically characterize this space and permits to hide in its inner all the necessary technological canalisation which the new purpose will require. Also in the choice of the furniture the modernity will be the dominatrix, such as in the heating and cooling system, in the video interactive systems that will be realized and in the computer network needed for the management of the various activity.
We are aware of the constant historic acceleration which characterise our time, of the improvement of the history, of its complexity, of the superimposition that during the pass of the time was able to shape and give flavour to the monuments. Cesare Brandi taught us that the time is not reversible, if there’s not ancient, there won’t be true new and if there’s not new, there won’t be true ancient protection as also the history of the Tobia Pallavicino palace itself teaches.