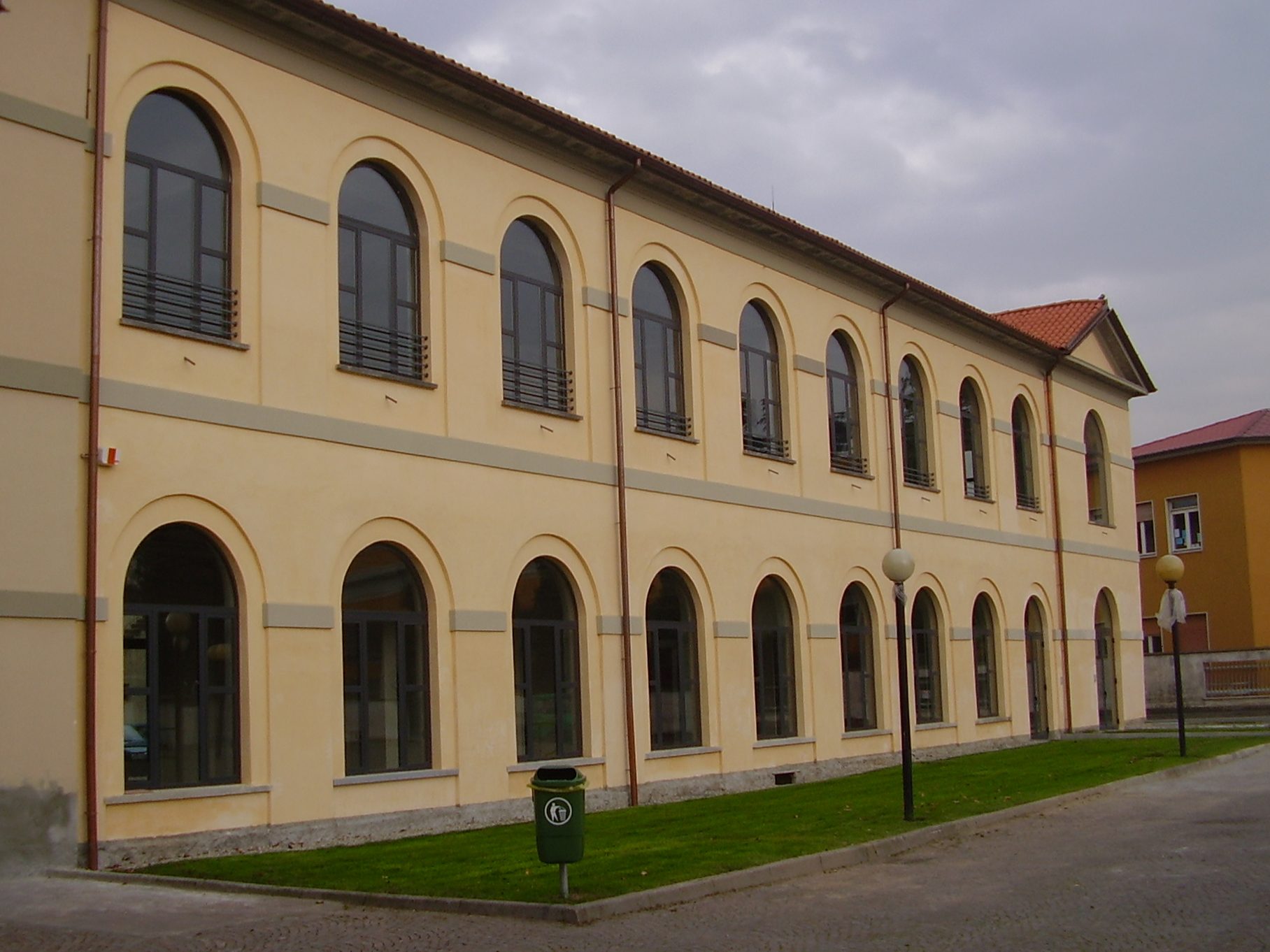 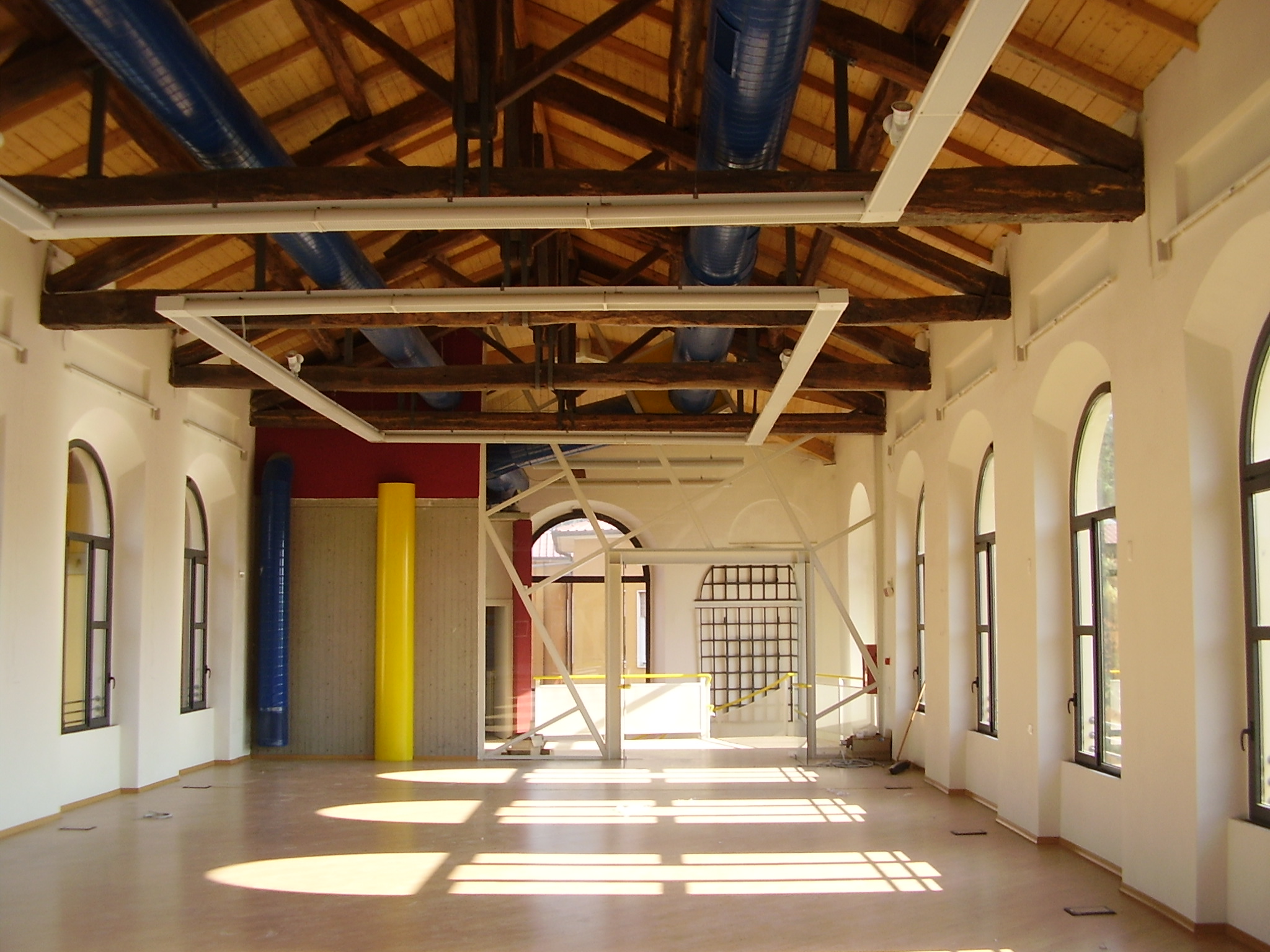 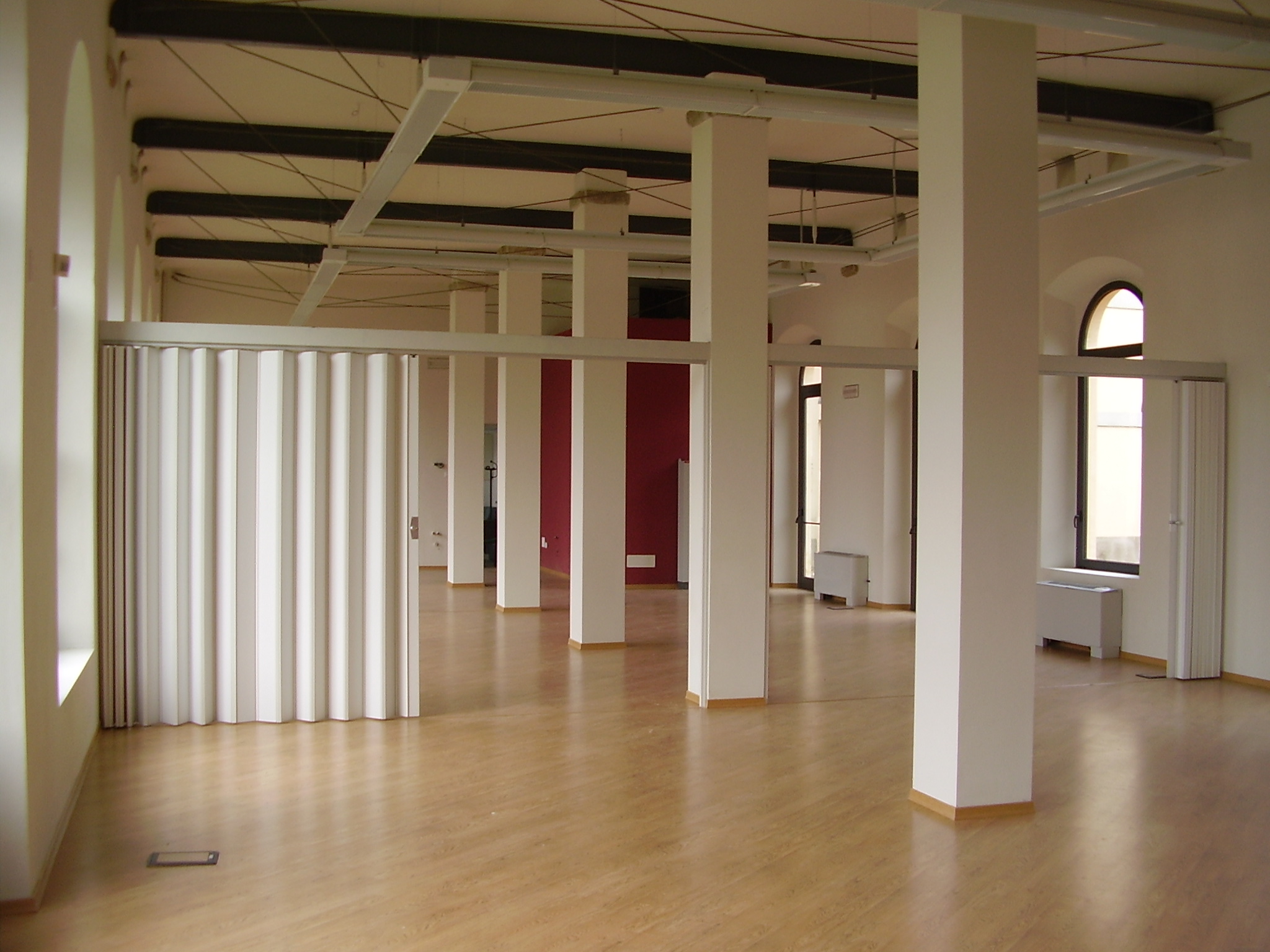 Building exposed to authority restrictions to artistic and monumental  goods

The project of restoration of the “ex filanda of Pessano” expected on the ground floor the realization of a neighbourhood clinic, the extension of the activities of the senior centre present in the already restored part and on the first floor, a multi-purpose hall for the museum expository and city council activities. The new semicircle staircase, made of iron and stone, and the elevator’s lock are studied in a slight diagonal compared to the current walls in order to solve the necessary spaces to the public access and also the necessary restrooms on the first floor are solved in order not to close all the space towards Europa street.
In this way the trusses of the ceiling are left in view from the ground floor creating a certain monumentality in the public entrance which has been valued also with the opening of the big window that lookout onto Europa street bricked up during the postwar.
On the ground floor the spaces of the neighbourhood clinic are isolated from the hall of the senior centre from a masonry plank floor and four conical vaults corresponding to the four glass wall openings.
This solution allowed not having disturbance on the drawings of the hardware of the façade’s big windows by guaranteeing also the visual continuity of all the surrounding on the ground floor as originally was. The existing attic was strengthen with an original steel cable system which permitted to preserve the original iron beams. On the first floor the big window’s drawing splits the hall from the stairwell – the elevator with its diagonal cuts vaguely takes its inspiration form Mondrian’s paintings.