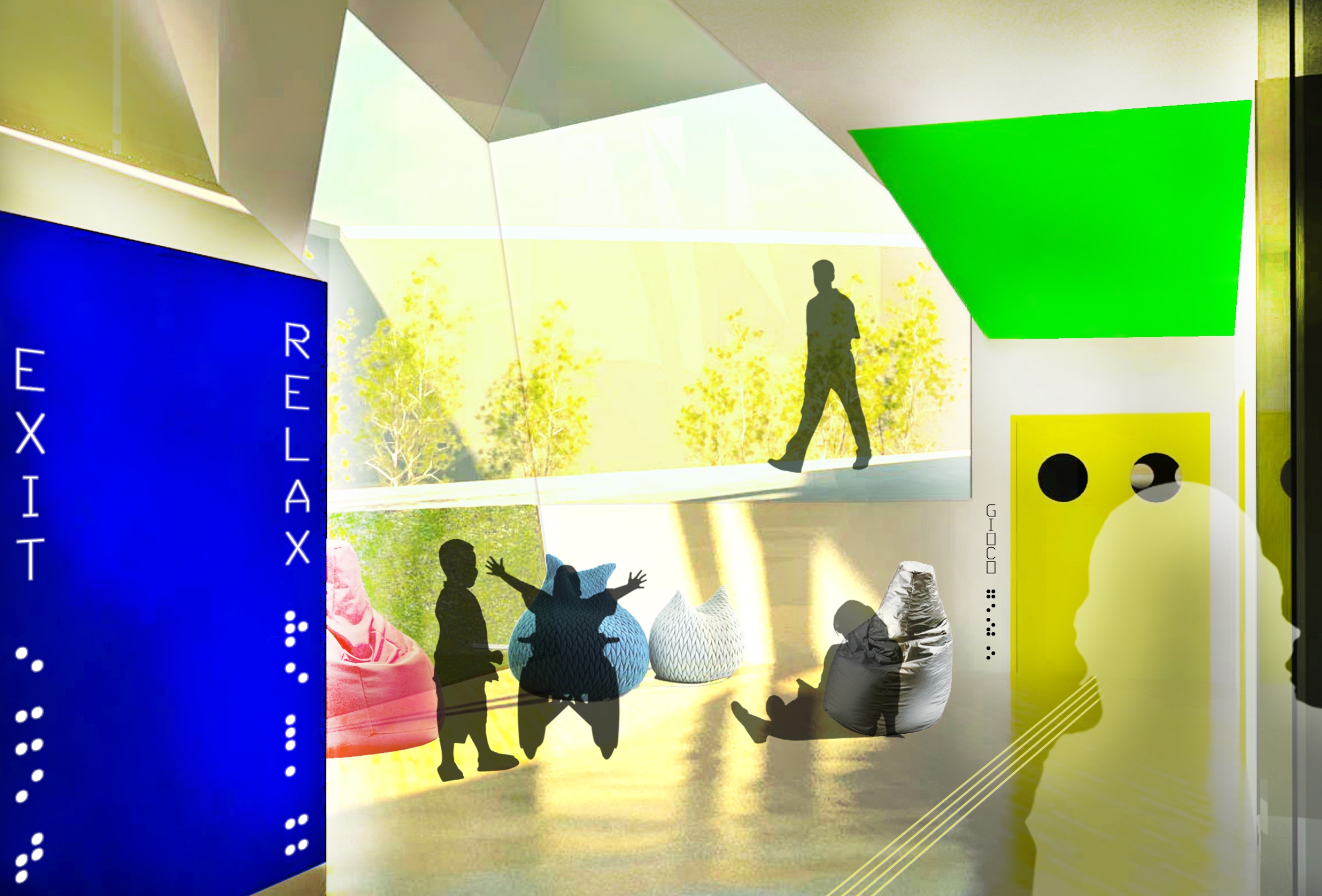 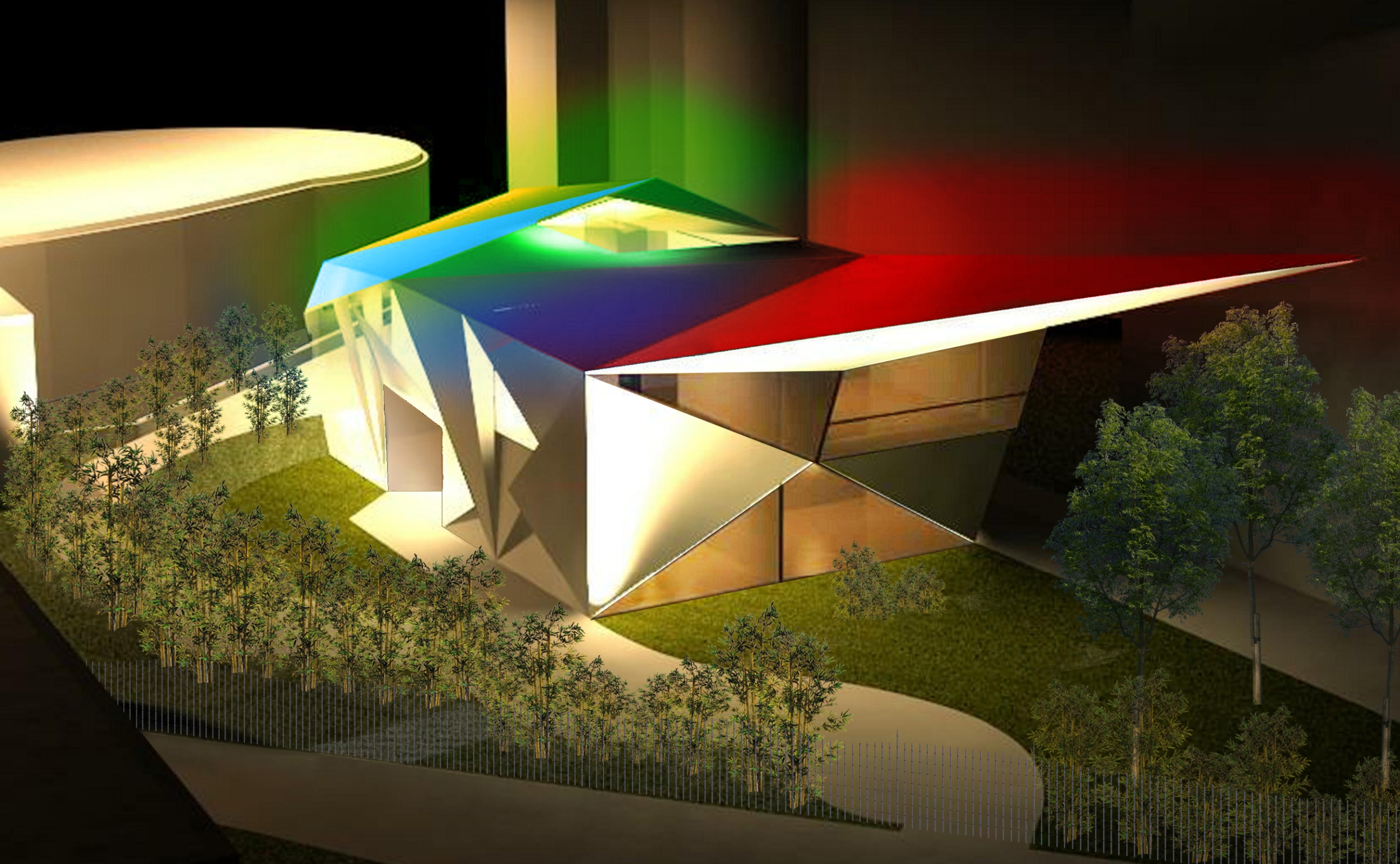 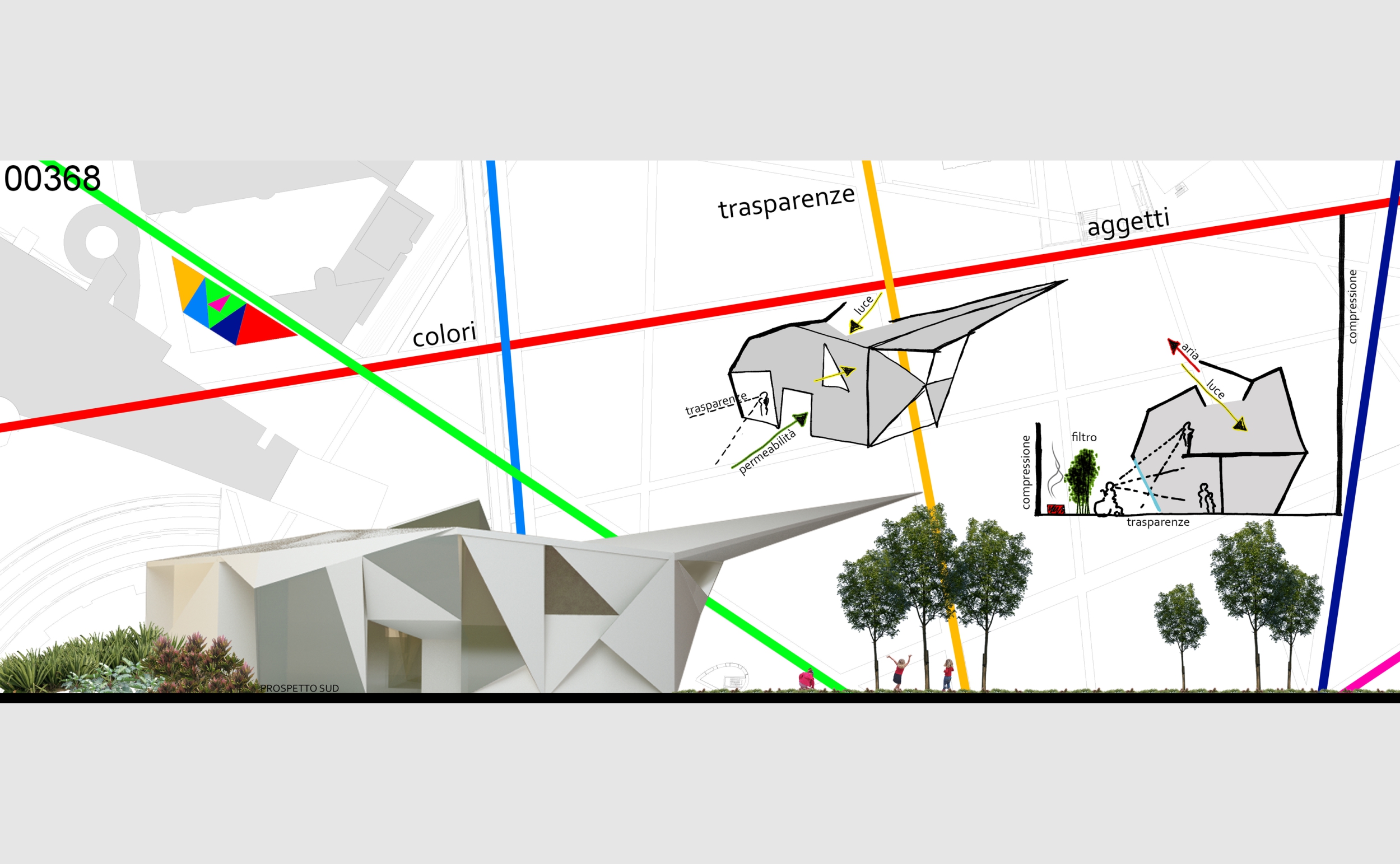 The project of the new building is situated in a wide area destined to the public park, of which the lot of interest is circumscribed to a bordering portion, surrounded by new buildings which characterise the transformation of the Garibaldi-Repubblica area. The morphology of the toy library derives from the trapezoidal form of the main lot in contrast with the linear paths of the park and from the compression of the small area surrounded by the towers of the buildings around it: the lot is marked by some cuts originated from the directors of the park, through which polygons and triangles are drawn and those adapt all the building volume. The access has flat paths, while a long flight shapes the ground and permits the exit from the upper floor with a boardwalk which delineates a big part of the lot. Green areas are dedicated to outdoors activities and didactic vegetable gardens for the education and the approach to the horticultural therapy. The inner distribution is focused on the double-height space on which all the places and paths are exposed: the ground floor is destined to the game activity with permeability towards the outer garden, on the upper floor are placed the offices, study centres and the areas destined to the relationship with the families. The connection between the floors take place with a transparent elevator which cuts the cover and introduce natural light from the top.