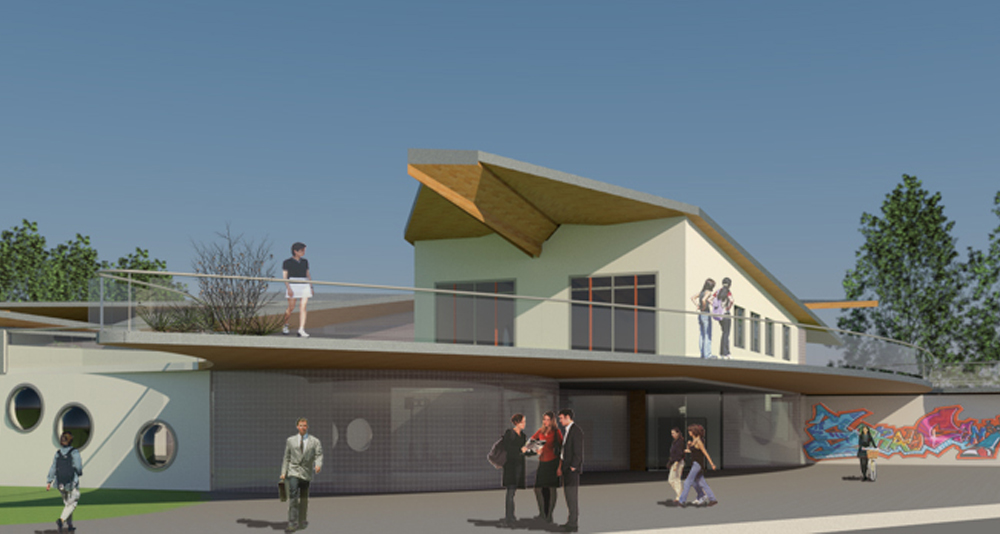 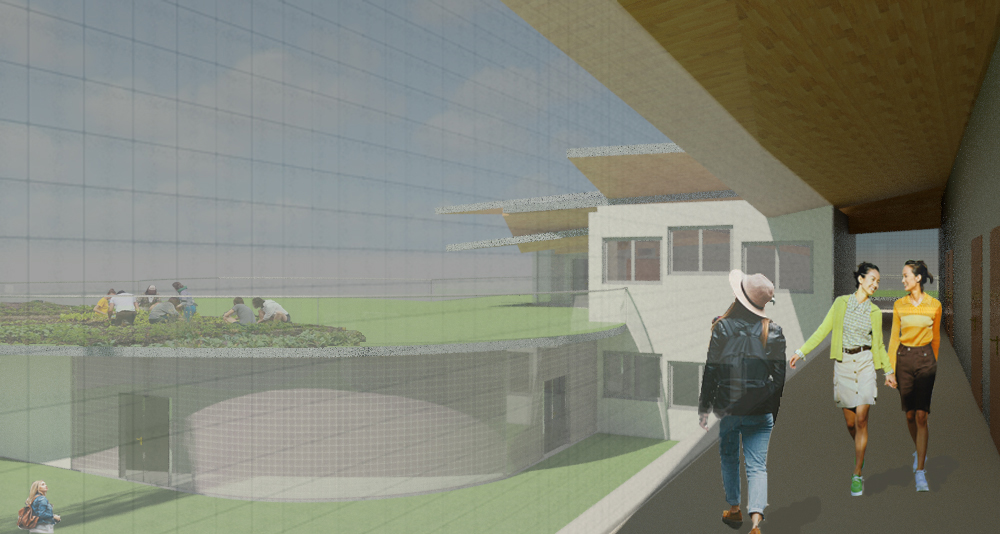 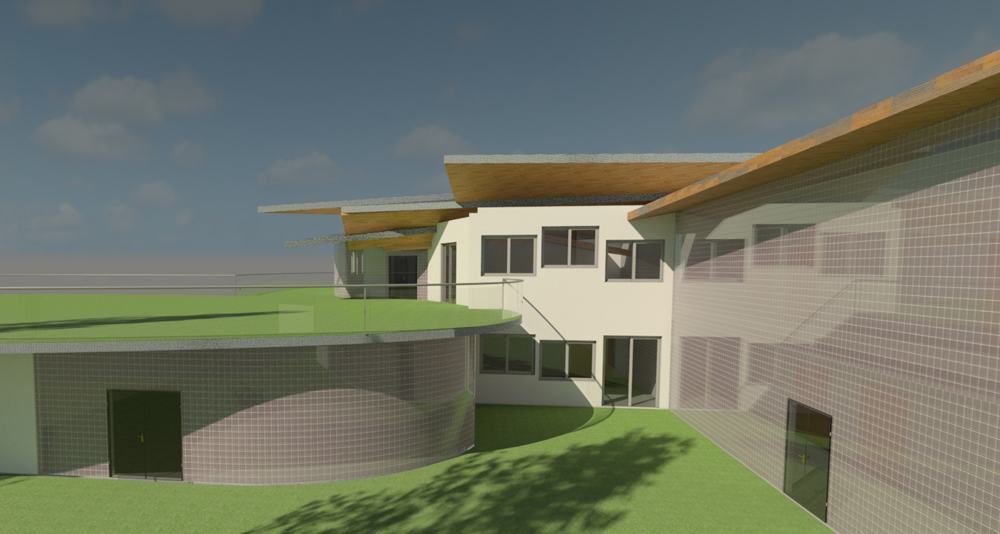 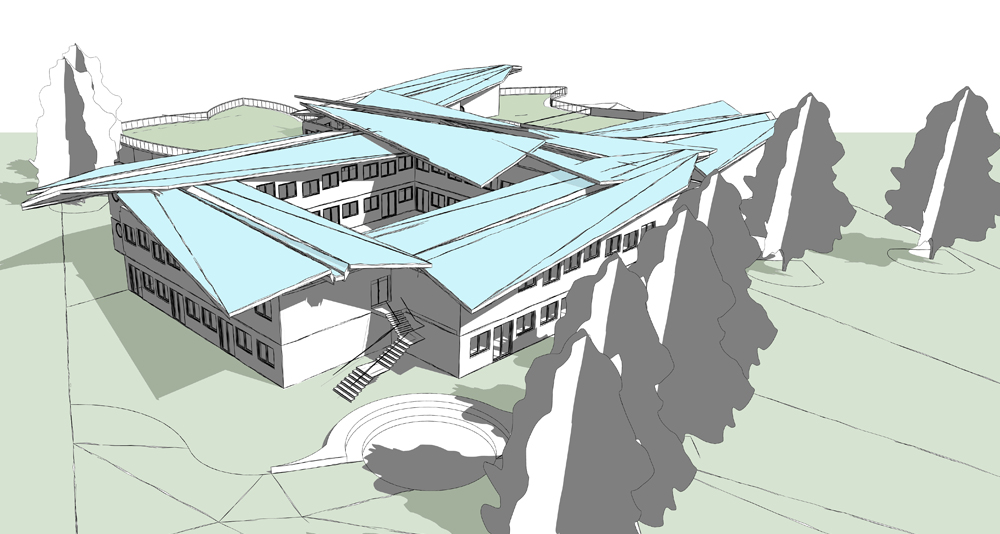 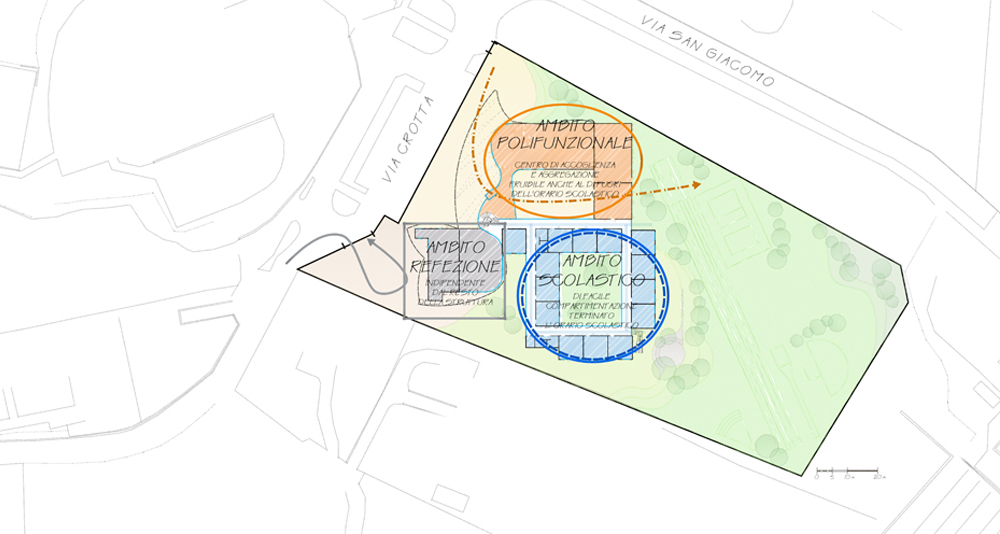 The building designed is organized in two distributive courts. As it was in the cloisters and in the deliciousness villas in Brianza.

The first court allocate and accommodate the city organizing around it all those functions which can be used also out of the school time: auditorium, gym, library, multi-functional rooms.
The second court organizes the rooms and labs unit.
The floor of the instructional rooms is characterized by the multi-functionality and the flexibility: they have been studied so there would be permitted a modularity not only structural but also plant engineering equal to a half of the room’s surface. Those rooms are structured in a 3,50 meters areas, that means that will always be possible to move the partition wall of the rooms of 3,50 meters without changing the availability characteristics of the room. Indeed, on these areas have been realized floor panels, ceiling lights, the installations and the wire-way service along the window wall. So the rooms in the future could become a unique big hall or split in smaller rooms or interchange big and small rooms. So the project of the new rooms try to give the maximum possible availability to those areas to give to the future teaching the possibility to best respond to the future necessities without having to operate with big investments on those which are the true building duty, the installations.
Another characteristic that we wanted to give to the school was the choice of a playful and welcoming character. So, the walls which are exposed to the area, are more curved and less sharp-cornered and the roofs play with the teenagers fantasy. It is a revisiting of the paper airplanes which all of us tried to make fly during the lessons at school: it is an invite to let the fantasy fly beyond the roofs and the lessons.